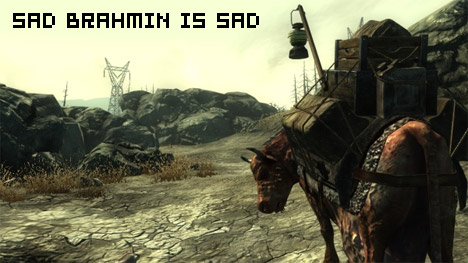 Besides The Pitt‘s location, the Raider-controlled remains of Pittsburgh, there’s been little mention of the second piece of downloadable content for Fallout 3 thus far. Thanks to OXM, we now have a little more info to work with.

Consisting of a dungeon-like area, an unused steel yard, and a settlement split between slaves and their masters, the magazine calls the location a “stunning dystopia that’s unlike any other area in Fallout 3‘s world.”

Because this DLC will allow you to interact with Raiders, one of the quests lets you become an undercover slave in order to prove or disprove rumors that the Raider boss has a cure for mutation.

Besides featuring side-quests, The Pitt will also contain unique items just as Operation: Anchorage did before it. One such item, the Auto Axe, sounds like a makeshift chainsaw. Groovy.