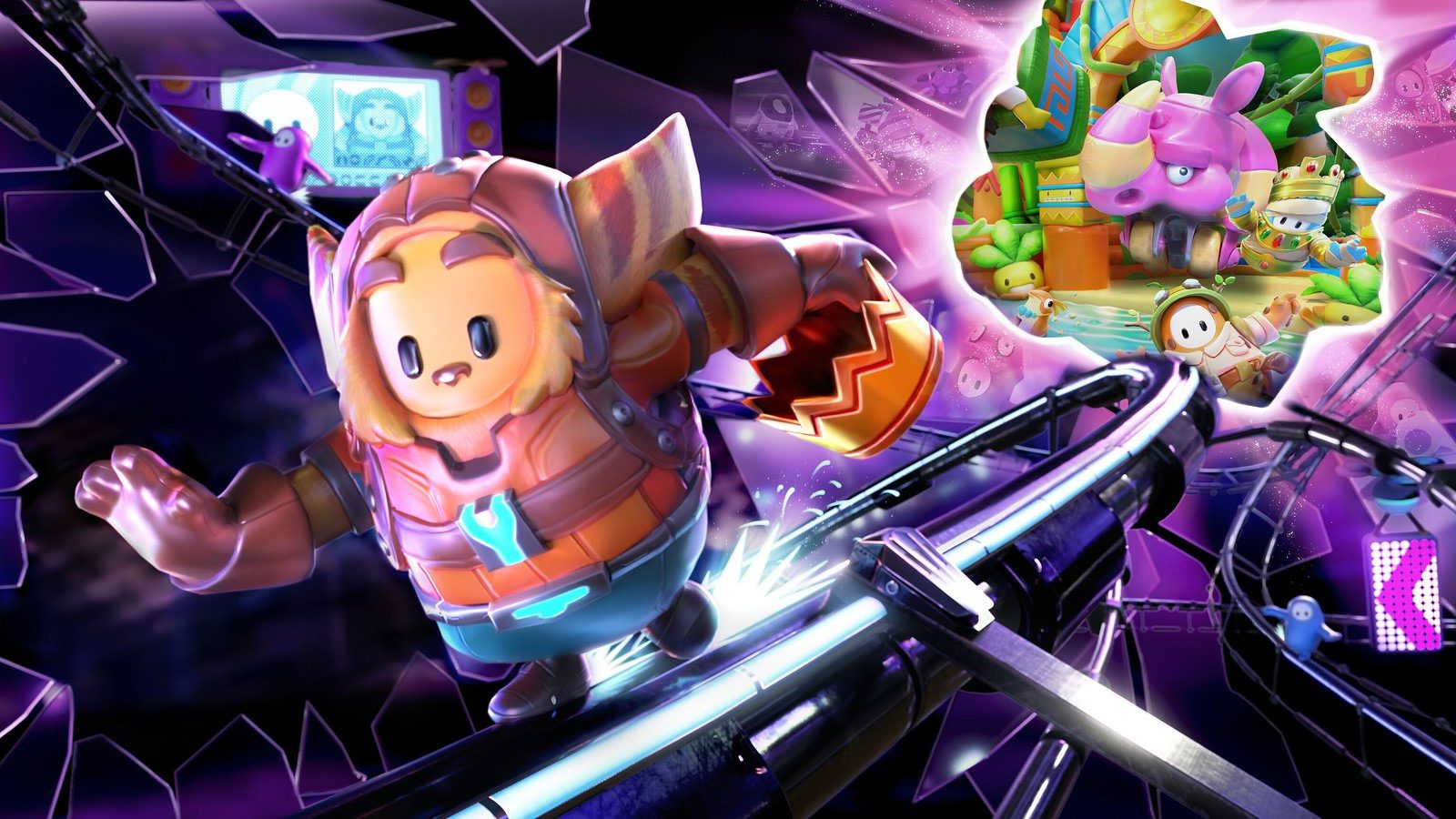 Besides the bouncy new jungle levels, one aspect of Fall Guys Season 5 that I’ve been wondering about was the so-called limited-time events with “short-duration challenges” that dole out unique rewards for players who earn points by completing in-game goals. We’re getting our first taste of this new system with a sought-after Ratchet costume.

There’s actually two costumes — one for Ratchet (July 26 through August 1), one for Clank (August 6 through August 15) — and in both cases, players will need to check off objectives on their to-do list. The more points you earn, the more goodies you’ll unlock.

For these events, there will be themed banners, patterns, and emotes based on Ratchet & Clank: Rift Apart, as well as separate top and bottom costume pieces. Some example goals include diving 50 times, qualifying in a Survival round 10 times, earning Silver and Gold medals, and at the high end, winning a game of Duos (don’t sweat it too much). 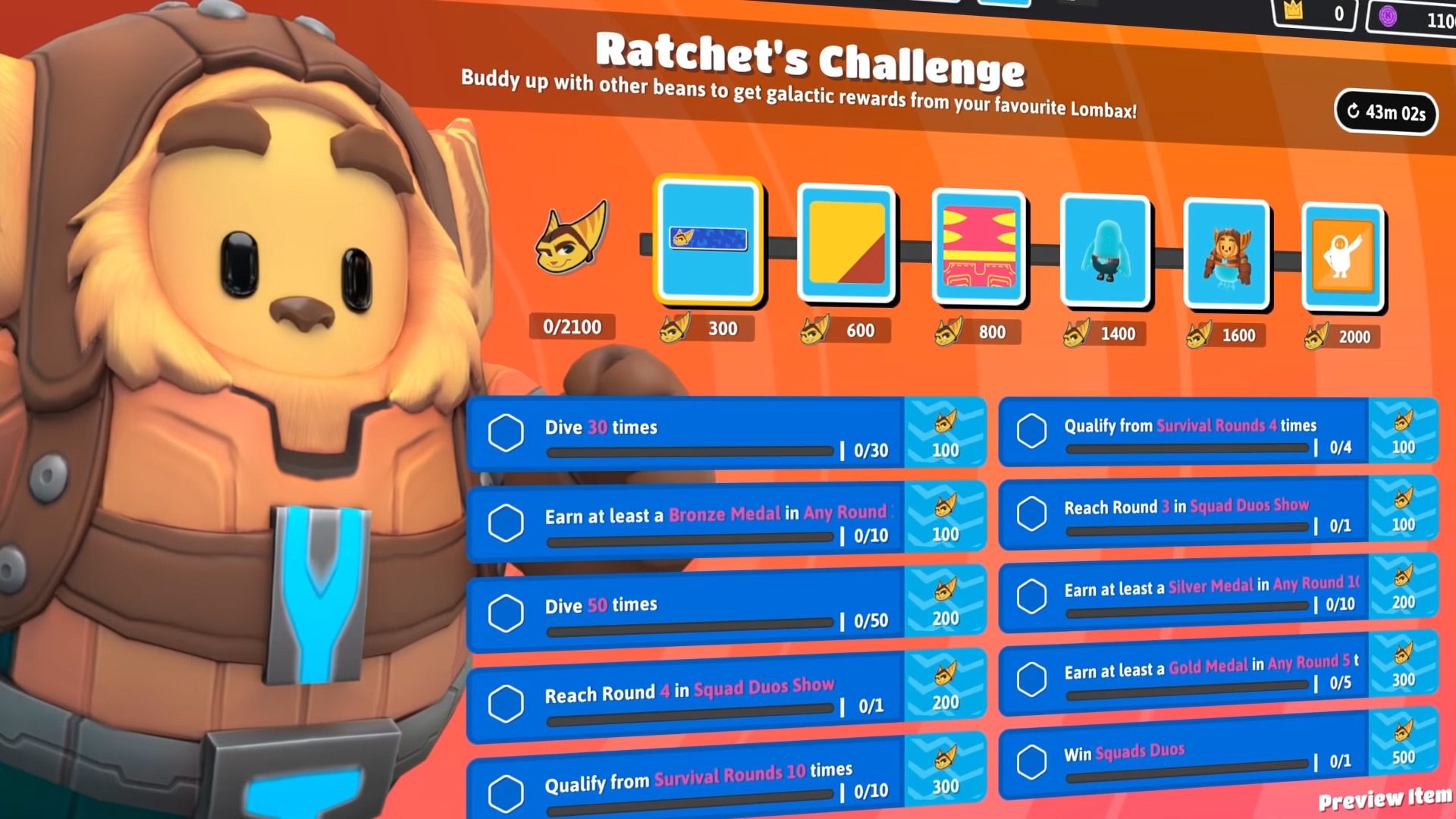 From the look of this rewards page, the Ratchet costume should be within reach for many players, even with the one-week window in mind. Unless you’re busy, of course.

You can read more about the beanification process for Ratchet and Clank on the PlayStation Blog. It’s also been confirmed that PC players can unlock these outfits too.

Unlike the normal Fall Guys seasonal battle pass structure, I can see the accelerated FOMO hook of these limited-time costumes really pushing me to get in there and play. As long as they’re cool enough rewards, and the grind isn’t too demanding, I’m okay with it.

At this point, I’m just going to expect that most if not all of the extra special crossover skins will surface in limited-time events. Can’t say I blame ’em!