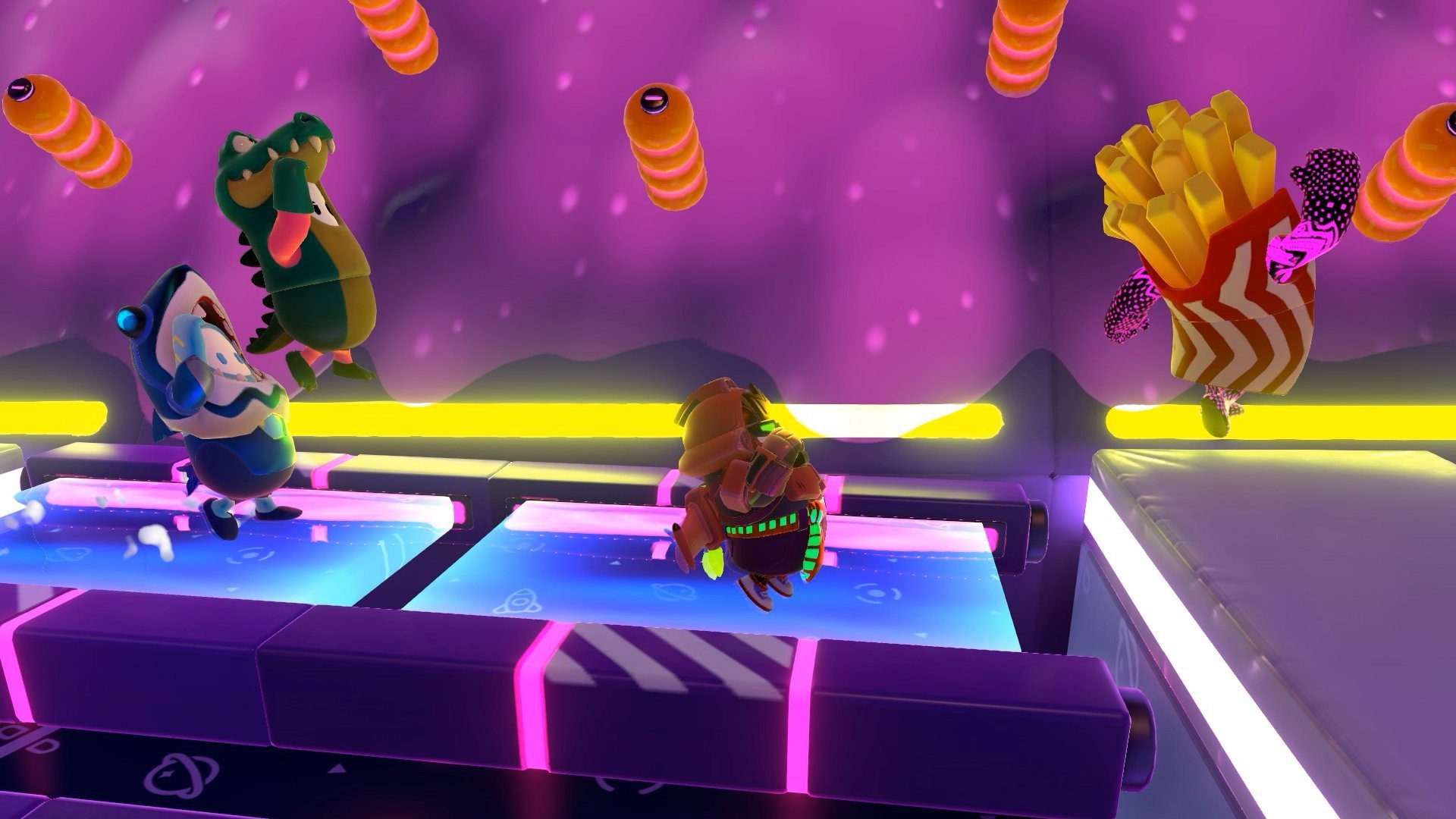 The Season 4.5 update is coming to Fall Guys on May 13 with a pair of new levels, revamps of existing stages, and some pleasant surprises like the ability for PS4 and PC players to “matchmake together in all game modes.” The best bit, by far: a “spiritual successor” to Slime Climb called The Slimescraper.

According to the developers, The Slimescraper is a race against rising slime across “multiple floors of mayhem.” The other new Season 4.5 level, Button Bashers, is a one-on-one round in which everyone’s split up into “dueling pairs.” As for mid-season remixes, expect low gravity on Hex-A-Gone and Thin Ice.

Mediatonic says this update, codename Dave, is its “most ambitious mid-season to date” for Fall Guys.

Even after all of the seasonal updates and refreshes, Slime Climb is still one of my favorite levels in Fall Guys by a significant margin, so that’s all I really needed to hear to want to show up tomorrow.

It’s going to be fantastic to have this game playable on Switch and Xbox in hopefully tip-top shape. (You probably heard, but those versions were recently delayed.) I never want to take cross-play for granted.