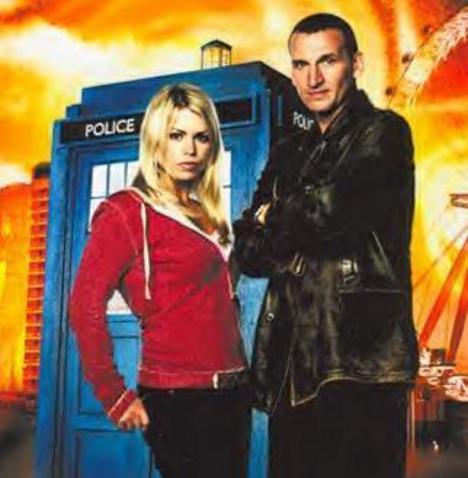 Alas, your regularly scheduled Fake Game Friday, replete with a user-submitted idea and a badass photoshop by Fronz, will not be shown today–this week’s game idea was too cool for me to half-ass, so you’ll get that next week. Instead, today you get (another) franchise-based game idea straight from the king of unoriginality himself, Reverend Anthony.

So, what is it this week? If you spell the word “color” with the letter “u”, then you’re probably greatly familiar with him. But if you’re a member of the USA, you’ve probably heard his name before, but know nothing about him. The man in question is Doctor Who, the protagonist of the single longest-running sci-fi television series in existence, and–hopefully–the hero of one kickass adventure game.

Don’t know who Doctor Who is? Hit the jump just to find out. At the very least, you’ll be introduced to a hella good sci-fi/comedy/horror series.

Listen to this, first of all. It’s the show’s theme song, and should give you some idea as to the vibe of the series.

What the hell is Doctor Who?

Firstly, download the first season of the new Doctor Who series. Don’t let the fact that the show is over 40 years old intimidate you, because the 2006 series is made for newcomers (which is why I started with it after some forumites suggested I do so).

Secondly, you should have asked “who the hell is Doctor Who,” but let’s gloss over that. Doctor Who is a long-running (as in, debuted in 1963) BBC sci-fi series. It follows the adventures of The Doctor, the last member of a long-extinct race known as the Time Lords, beings who have the capacity to travel back and forth through time. Using his interdimensional time machine/spaceship, The Doctor visits different planets and times and solves problems, often with the help of a human companion.

The show is sort of like Douglas Adams meets The X-Files. Most all of the Doctor’s incarnations (whenever The Doctor dies, he gets reincarnated into a new body — a.k.a., when an actor gets sick of playing The Doctor, they can replace him without screwing up the flow of the story) are witty, eccentric, and funny, and tend to favor intelligent solutions instead of violent ones.

Which, in turn, is the perfect setting for an old-school point and click adventure game. 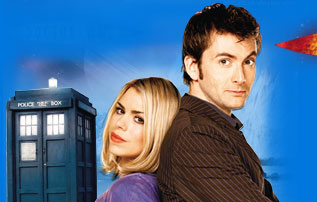 Story-wise, each Doctor Who serial usually follows a specific formula:

1. The Doctor and his companion land the TARDIS (his ship, disguised as a 1950’s police box) in a strange time or place.

2. The Doctor and his companion attempt to enjoy themselves.

4. The awry thing turns out to be something that can potentially end all life in the universe.

5. The Doctor has to stop the awry thing.

6. The Doctor gets back in the TARDIS and flies off.

In other words, the ideal format for episodic gaming. While it may seem a bit redundant to have an episodic game based off an episodic TV show, there’s literally an entire universe of Doctor Who characters and worlds a developer could mess with. With ten different versions of the Doctor and over two dozen different alien enemies, the series is a goldmine of untapped video game potential. 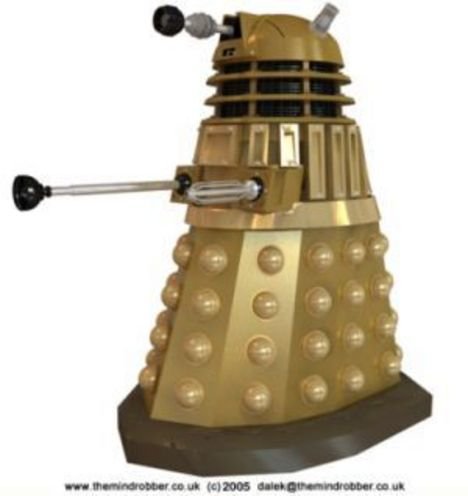 For example, consider the Dalek (above). It’s a small, limbless creature inside an armored shell, genetically bred so that it experiences one emotion, and one emotion alone: hate. It’s got a suction cup for one arm (which can act as an R2D2-esque hacking device, or simple face-crushing instrument), and a pulse beam for another. If you touch it, you’ll burn up into ash. If you shoot at it, its external forcefield will disintegrate the bullet. It’s the goofiest looking, most terrifying sci-fi villain ever made (if you don’t believe me, listen to this: Daleks scream this, like, all the time.).

If there’s another creature more destined for video game stardom, I don’t know what it is. 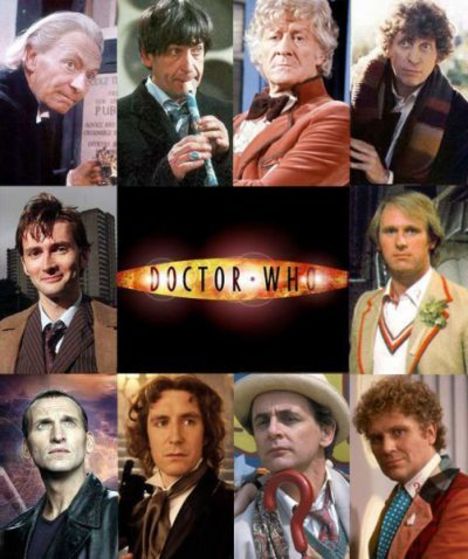 To solve the problem of the game contradicting the current series, the game’s episodes wouldn’t involve the current Doctor (David Tennant). Instead, each episode would use a different Doctor from a different era, each with his own distinct personality and method of dealing with danger. This constant changing of protagonists would, as with the TV series, keep the game episodes fresh and different. Longtime fans of the series would look forward to playing as some of the older or forgotten Doctors, and Doctor Who newbies would get to meet new iterations of the Doctor with every episode.

All in all, it’s surprising that a proper Doctor Who game hasn’t already been made: while there were a bunch of slapdash PC Doctor Who games made throughout the 70’s and 80’s, modern gamers haven’t had the ability to experience life as The Doctor quite yet. In terms of an actual game being made, there are two main possibilities. One: the game never gets made because the BBC has too much respect for the series and assumes it will not be done right. Two: the previous thought never occurs to the BBC, because they like money. A Doctor Who game of whatever sort is eventually made.

As easy as it would be to screw up a Doctor Who game, a properly done game would be, as the 9th Doctor (Christopher Eccleston) would put it, “Fantastic!”

Jesus Christ, that last sentence may be the single nerdiest thing I’ve ever written.

I need a girlfriend.