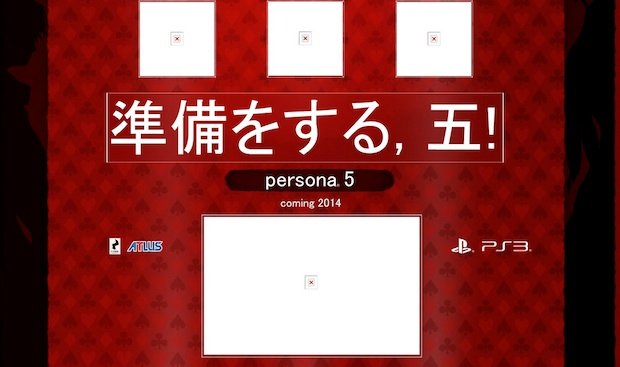 [Update: It’s not looking good for this one. Funny wording and some digging into the site’s update history have us doubting this is real. ]

Reddit’s /r/MegaTen supposedly points us to an image from that Atlus teaser site we told you about couple of months ago The site’s reveal was set for November 24, but a slip showed the above image for about a minute earlier this evening, if the poster is to be believed. Of course, this could be a faked image, so don’t get your hopes up.

It’s already too late for me, though.

If this is a true slip, we’re going to see Persona 5 released on the PS3 next year.

Also, check out the silhouettes on each side of the screenshot. I bet the right side is supposed to be a Persona.

The janky layout and odd text have me a bit worried, though.

If this is the real deal, I’m more excited about this than any next-gen game.