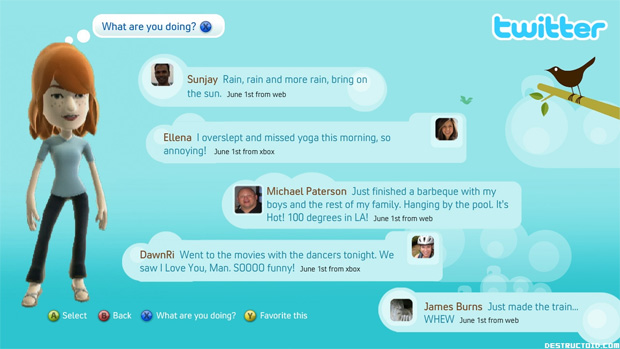 When I found out that the Twitter and Facebook applications for Xbox 360 wouldn’t be included in the upcoming August-bound dashboard update, I became admittedly sadder than any human being ought to be over such a silly thing.

Microsoft’s James Halton was able to reassure us that the social networking functionality is still on the way, noting that autumn was the target release period. However, he did mention Facebook and Twitter would be available for Xbox 360 “before Christmas” at the latest.

For the time being, the newly added Netflix parties will have to suffice. For those of you who didn’t get a “sneak peek” (or whatever Microsoft is calling it) of the new dashboard update, they are everything you would want them to be.