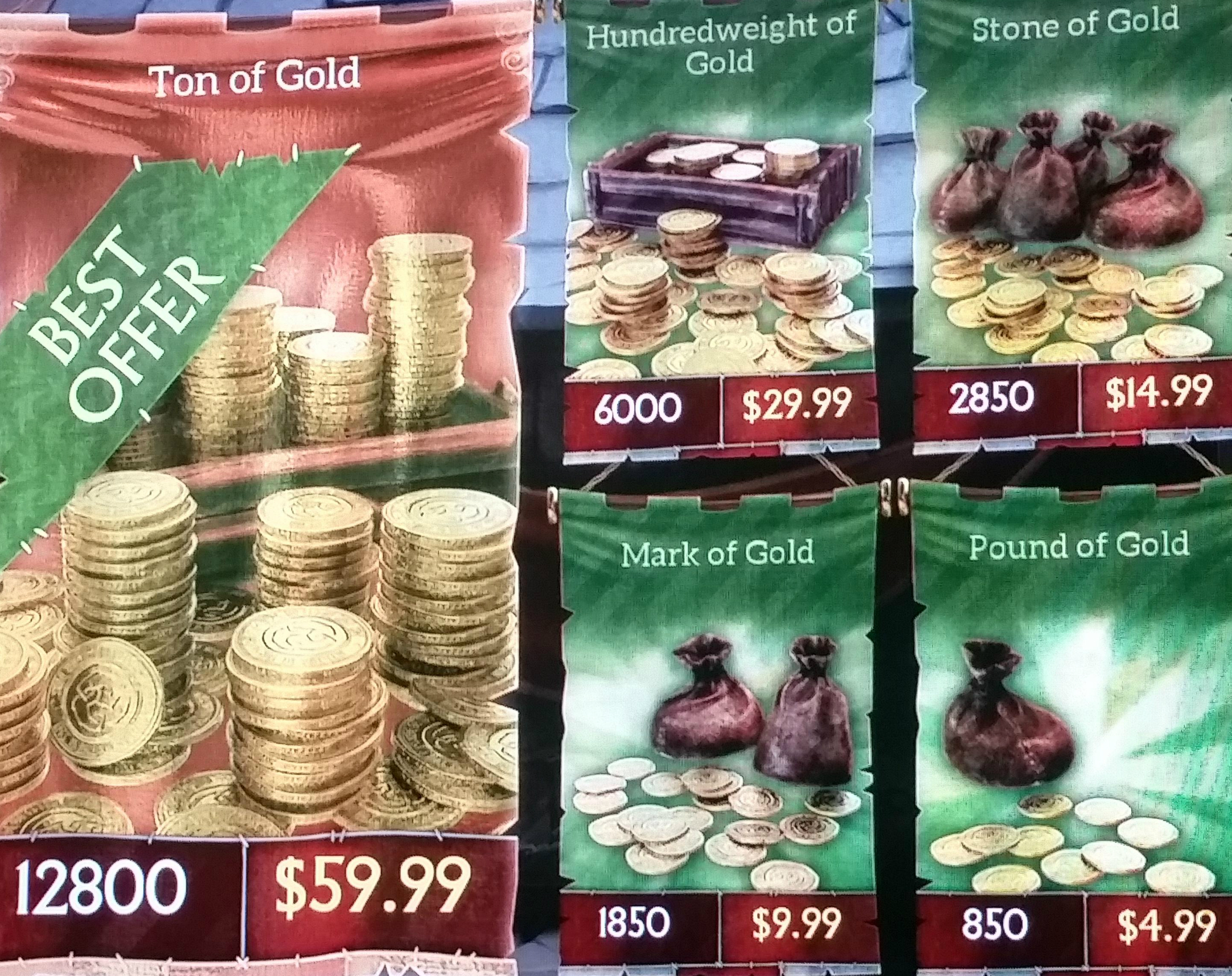 Fable Legends is currently in closed beta under NDA, but that hasn’t stopped this reddit user from disclosing the in-game microtransaction prices. They range from $4.99 minimum all the way up to $59.99, which is simply called a “ton of gold.”

What I’m really interested in seeing is context behind these prices, as I’m not willing to get out my pitchfork having not played it. Is it possible to play through the entire game without spending money, and without feeling gated? Will the $60 level essentially buy out the game? I doubt it for that last bit, but again, I’m going to check out the full version first before I make a judgment.

It doesn’t look good though!

Here’s one reason Fable Legends is going to suck [reddit]

@Bendtner_Is_God It’s definitely worth reading up on how our Free to Play model is going to work! https://t.co/YIClMNRxi8