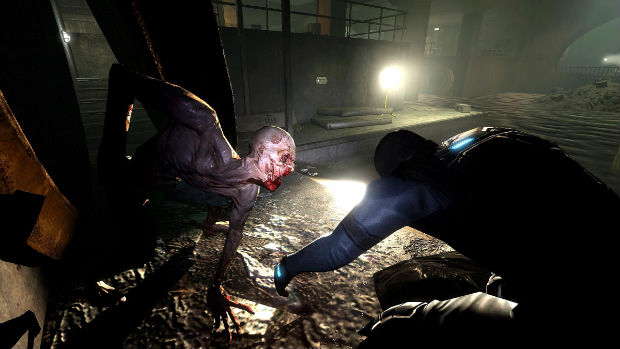 Not too long ago we told you about F.E.A.R. 2: Reborn DLC headed our way, but today we have the full details on its release as well as some new information on a demo.

Four new single-player missions will F.E.A.R. 2: Project Origins come with Reborn, and they coincide with the events in Origins. The DLC will be released on September 3rd. Also, an automatic title-update adds a free slow-motion deathmatch multiplayer mode to Origin’s multiplayer content. In this mode, you get a power-up that lets you initiate a slow-mo mode to make enemies easier targets. Watch out, though, as you become a target yourself with this advantage.

Here’s the lowdown on the new levels in Reborn:

Face the chaos of Alma’s aftermath from an entirely new point of view: that of Replica Soldier Foxtrot813. As gamers begin the mission as part of an orbital Powered Armor drop to reinforce their squad, the ruined city of Auburn emanates supernatural events and familiar voices, beckoning Foxtrot813 to go against orders from Replica command. Be careful, not everything is as it seems…

Should you want to try Reborn out for yourself, a “robust” demo will land on the PlayStation Network and Xbox Live on August 27th, so be on the lookout for that.  A PC version of this content is coming at a later date. For now, check our gallery below for some new screenshots.