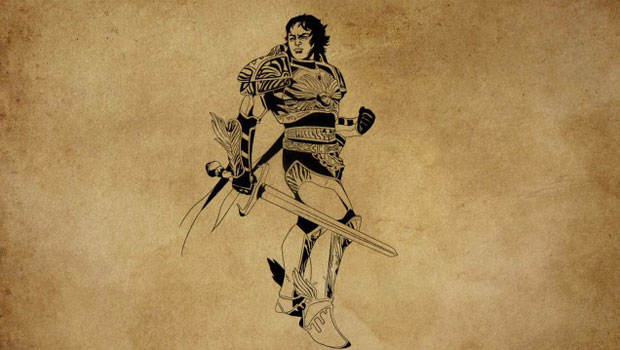 When hacking your way through the world of Dungeon Siege III this May, consider selecting noble swordsman Lucas Montbarron, won’t you?

Son of the former Grand Master of the Legion, Lucas is the last in a long, noble and respected line. Trained in the deadly art of Legion combat, he’s a skilled fighter with a sword, capable of fighting in two distinct stances. With a sword and shield in his hand, Lucas can quickly dispatch enemies, interrupting and stunning single targets. When the odds are against him, he can switch to wielding his two-handed sword. While slower, its wide range makes it ideal for controlling large crowds.

According to the game’s producers, while he may look like a straightforward tank character, there’s more than meets the eye with Lucas. He’s got some tricks in his bag, including an “Empowered Blade Dash” that will hit every enemy on the screen, and a missile-style “Wind Shear Attack.”

Check out this exclusive clip of Lucas in action to see what he’s made of. Unless you’re a skeleton. In that case, don’t check it out; some skeletons get pretty messed up in this clip, and I wouldn’t want anyone to get offended.