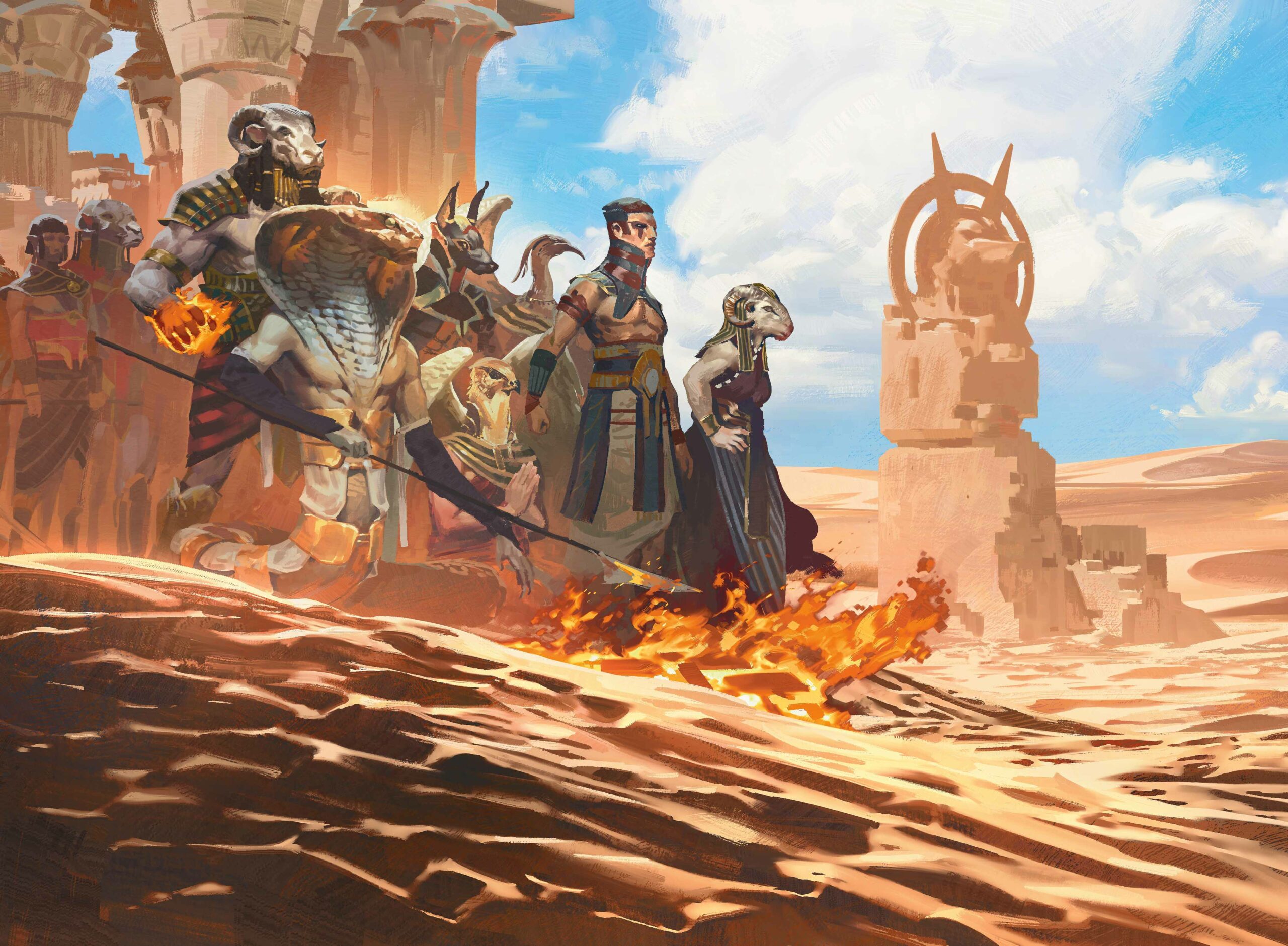 Standard rotation is nearly here for Magic: The Gathering Arena, but before that happens, it’s spoiler season for Amonkhet Remastered!

In short, Wizards of the Coast is literally remastering 2017’s Amonkhet and Hour of Devastation sets for Magic: Arena, with 340 cards that are centered around limited (draft/sealed), historic and (eventually) pioneer. But before the actual set arrives on August 13, Wizards confirmed a few cards that will be reprinted along with the new remastered set.

Here’s a look at two of them, with new Destructoid-exclusive art.

First up is Collected Company (artist Lake Hurwitz) from the Dragons of Tarkir set, which is a 4-cost instant: Look at the top six cards of your library. Put up to two creature cards with converted mana cost 3 or less from among them onto the battlefield. Put the rest on the bottom of your library in any order.

With the right deck synergy, this could close out the game: especially with some of Amonkhet’s powerful creatures.

We had the chance to chat briefly with product architect Mike Turian, who shared the reasoning behind a few of these additions and why the team decided to change the art. Turian notes: “For both Hornet Queen and Collected Company, and all the newly-added cards, we wanted to take Amonkhet Remastered as an opportunity to bring beloved Magic cards onto the plane of Amonkhet and show what they would have looked like had they originally been introduced on that plane.”

He says that Collected Company’s update is well deserved as it “shows a group of survivors from different races and classes of Amonkhet” coming together, and Hornet Queen deserved new art because it’s “one of the most lethal creatures Magic has to offer.” The new art tells a story too, he says, as the swarm has “invaded the ruined outskirts of an Amonkhet city.”

I followed up, asking him why Amonkhet would appeal to newcomers, and the answer is as multi-faceted as I expected: “As Arena has brought in so many new fans to Magic, they likely haven’t played with most of the cards in the set. I’ve always loved the space that Amonkhet offered, and I’m thinking they will as well.” Turian also believes it’s a great way to intro players to limited: “Having drafted the Amonkhet Remastered set, we quickly realized that both Amonkhet and Hour of Devastation are filled with cards that lend themselves towards great Limited gameplay. There is a great depth of strategies, fun creatures, and the right balance of tricks and removal.”

You can find an extensive list of green spoilers for Amonkhet Remastered below! Amonkhet is one of my favorite eras of Magic from a thematic perspective, so I can’t wait to dive back into these sets.