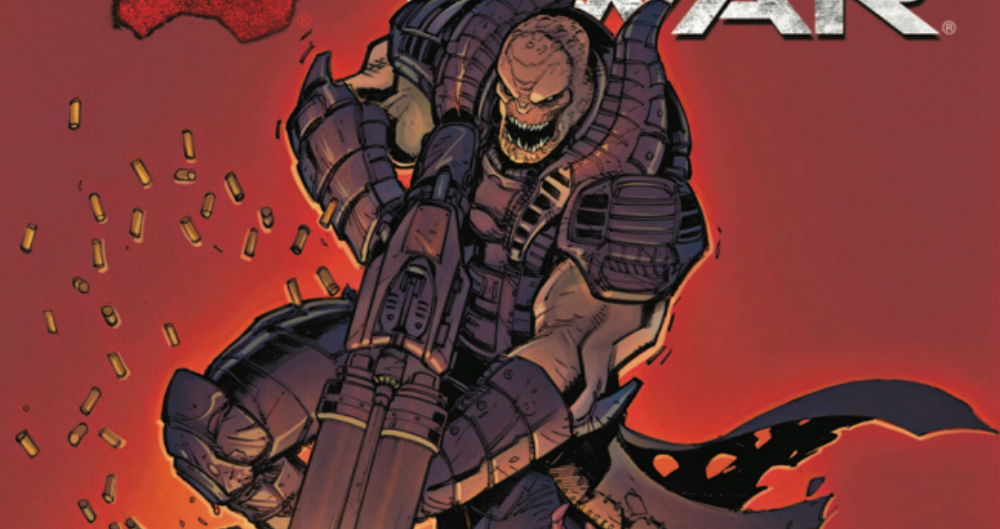 ‘The Rise of RAAM’

Gears of War is still a powerhouse of a series. The latest iteration, Gears of War 4, was released not too long ago in 2016, and just got a massive 4K overhaul for the Xbox One X. It’s also spawned a board game from Fantasy Flight, novels, a potential film, and comic books.

The latter set of merch is particularly interesting, as they’ve been exploring various facets of the universe that the game hasn’t touched, which includes a brand new series focusing on the origin story of General RAAM — arguably the biggest villain in Gears of War‘s 12 year history. This new series is set to debut next week with its first issue, penned by Kurtis Wiebe of Rat Queens fame and illustrated by Max Dunbar, who has worked on some incredible Transformers art.

It’ll run for several issues, and culminate in June with a trade paperback containing the entire tale. Like most of the work dedicated to the Gears universe it’s on-brand so far with plenty of ultra-violence. Although the over-arching COG narrative kind of waxes and wanes for me, I’m always interested to delve more into the story of the Locust Horde. Over the years they’ve developed a highly detailed backstory, chronicling their religious hierarchy, society, and their transition into the new enemy of the series, the Swarm.

Feel free to peruse the gallery below for a sample of the first few pages and the cover art.

Gears of War: The Rise of RAAM #1—Cover A: Ryan Brown

The most iconic villain of the Gears of War universe takes the spotlight! Years before he became the bane of humanity on Emergence Day, RAAM rose through the ranks to take leadership of the Locust Horde armies thanks to his intelligence, strength, and ruthlessness. Now, witness that swift and brutal ascent in… The Rise of RAAM!