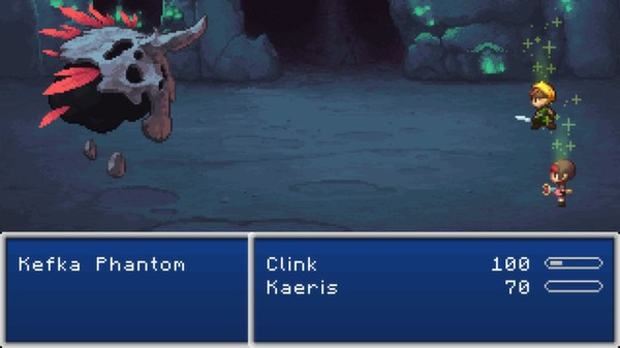 The Evoland Facebook page has just announced the release date for the overhauled and complete version of the game: April 4, 2013 — a mere two weeks away.

Evoland began as a Ludum Dare entry, a game made in 48 hours. The now “Classic” version of the game has some nice commentary on videogames as a whole, and is a quick little jaunt through videogame history.

The updated standalone version is way bigger and even ventures into 3D territory. There’s a Steam page up now, though no price is shown. I’m really glad that the developers decided to turn this into something bigger than a LD entry, since the premise is great and the original execution was flawless, if a bit brief.