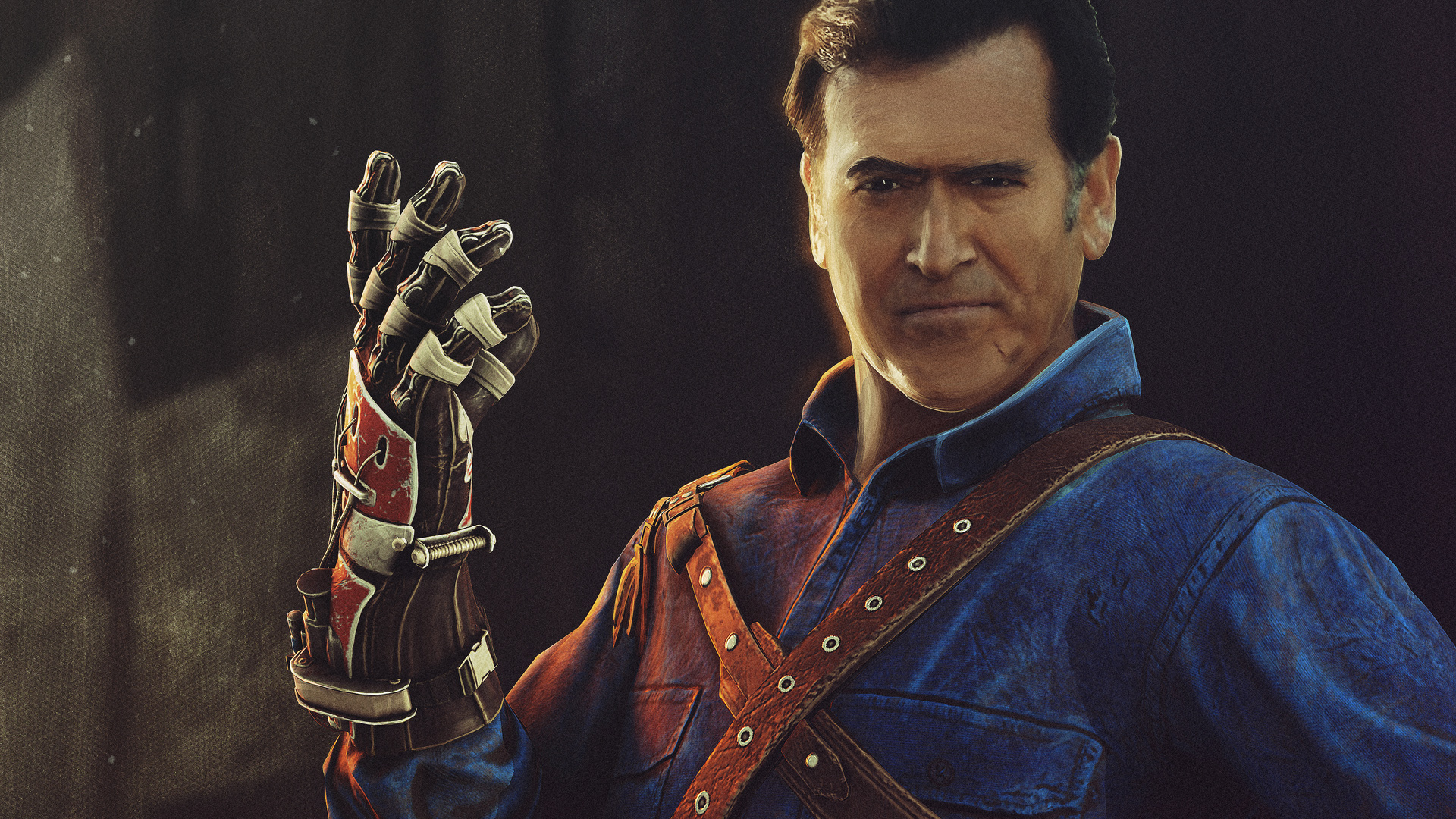 Ash Williams of The Evil Dead fame could stand to be in a whole lot more video games, wouldn’t you agree? And if he’s not going to star in more of his own games, he at least deserves fun cameo appearances. Basically, that’s what this is: Ash is coming to Dead by Daylight on April 2, 2019.

He’s a survivor playable character, so you’ll have to help him outwit horror movie icons like Freddy Krueger, Michael Myers, and Leatherface. It’s not quite Freddy vs. Jason vs. Ash, but it’s still something.

I’m not into Dead by Daylight, and I don’t expect to suddenly start because another fan-favorite character has joined its ranks, so I’ll just cherish this Bruce Campbell moment. He’s such a class act!

If you haven’t seen Ash vs Evil Dead, seek it out on your streaming platform of choice over an unproductive weekend. It’s not too late to make amends. The show is silly and gross and a lot of fun.

Filed under... #Dead by Daylight#DLC#Horror#multiplayer#Trailers