Sony gave us an early sneak peek at its Next Generation Portable PlayStation Vita (PSV) a few weeks back, and maybe you noticed, but that meant we saw a lot of games. Quite a few articles, including details, impressions, and images, have already hit Destructoid. Here’s what you may have missed:

Having played all of these games, that means I’ve spent a fair amount of time with the NGP. With that said, what I used was not final hardware, but development units. We were told that while the units function, look, and feel like what will hit retail, there will be some minor differences.

While I expect those differences to be cosmetic — maybe a shinier finish, for instance — I’m not ready to give you final hands-on impressions just yet. I expect retail units to be available for fondling at E3, so expect more detailed coverage then.

In the meantime, here are my first impressions of Sony’s upcoming handheld, with the caveat that they’re certainly not final. 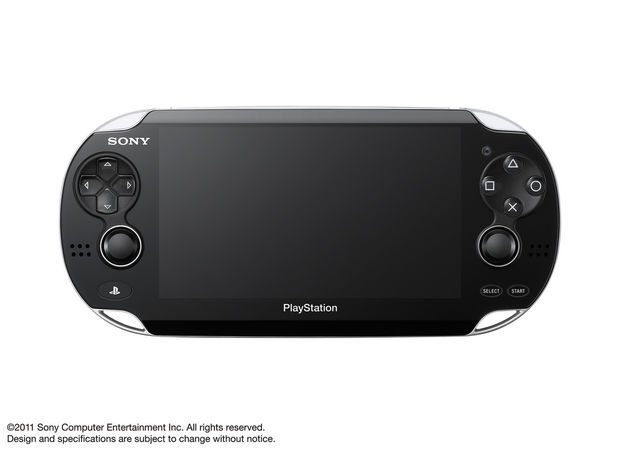 You’re going to hear Sony say it many times: the NGP features a gigantic, five-inch OLED screen. Hearing that or reading it might not convey what that means, but it’s probably bigger than you’re thinking. If you have an iPhone in front of you for comparison, that screen is 3.5 inches; the extra 1.5 inches makes a startling difference.

This also means the unit itself is massive in both length and height. On the plus side, this means that most folks will be able to get a comfortable grip on it, versus the PlayStation Portable’s relatively cramped size. On the downside, the NGP will barely fit into most pockets; add to the fact that the analog sticks are raised, and you’ll probably have to put this in a bag rather than into your jeans pocket.

The unit does seem impressively thin, which was surprising, perhaps even smaller in that respect than the current PSP.

While the size kind of goes against the whole “portable” thing, it does elicit awe. The 3DS screen in comparison looks downright tiny, almost insufficient, when held side-by-side.

Hey, did Sony mention it has a gorgeous 5-inch OLED screen yet?

Because it totally does. And Sony isn’t exaggerating, either. Colors are vivid and varied, and the graphical power behind the system really shines when seen in person. For the most part, screenshots aren’t doing these games any favors; you really have to see them in person on the NGP screen to appreciate the upgrade from the PSP. 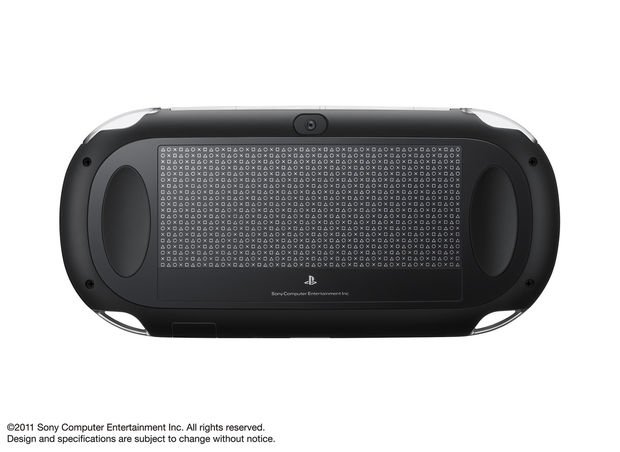 Gone is that obnoxious nub found on the PSP. Instead, it’s replaced by two raised analog sticks. Yes, two of them! A novel concept, I know. The result is a handheld that allows you to control games like you would if you were playing them with a standard DualShock controller. I never did experience the same kind of cramps I would sometimes get when playing PSP titles, and the second analog stick was a welcome edition to a third-person shooter game like Uncharted: Golden Abyss.

Oddly, even though there’s plenty of room on the face of the system, the main buttons on the right side of the unit are pretty tiny. They’re not small to the point of being detrimental to the experience, but I overheard more than a few people taking note of the size after they spent some time with the NGP.

Sony should talk with Apple about touchscreen technology, maybe

The NGP features touchscreens on both of the front and the back of the unit. In conjunction with the standard controls available, this really opens up a lot of possibilities for both gaming and interfacing with the unit’s menus. (Note: The system’s front-end was not usable in any of the demo units; I crashed a few trying to sneak a peek. Sorry about that, Sony.)

While it worked fine for the most part, it’ll probably be immediately clear to anyone who’s familiar with current-gen iPods, iPhones, or iPads that Apple is the current king of the touch screen game. I found in many cases the screen to not be as responsive as I wanted it to be, sometimes not reacting at all when I tapped or dragged my finger across it. (It should be noted that this varied from game to game, and it could be software related.) The screen itself also doesn’t feel as smooth to the touch as Apple’s devices, either.

I hate to harp on comparisons to Apple’s devices, but it’s always the elephant in the room when talking about touch screens and gaming. As I mentioned earlier, the units we were using were development kits — any issues I encountered may not be (and are probably not) indicative of final hardware and software. I still wanted to bring it up, because until I get my hands on a more finalized unit, it’s definitely a bit of a concern. 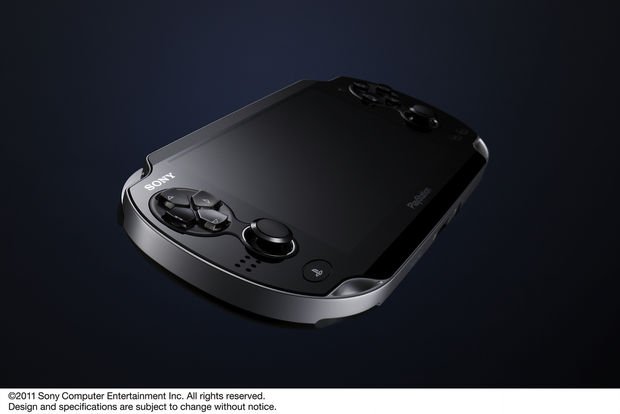 An impressive but familiar software line up

Out of the gate, Sony is already coming pretty hard with a solid first-party line-up. While nothing is a direct port, many of the games were just new iterations of titles we’re already familiar with. Uncharted: Golden Abyss, Hot Shots Golf, Wipeout 2048, Hustle Kings, Super StarDust Delta, are all examples of this. While all of the games do attempt to take advantage of the NGP hardware and certainly look impressive, at their core they’re fundamentally the same experiences we’ve had before with those titles.

There were a few exceptions to the rule, including Queasy Games’ Sound Shapes, which was a definite standout. But I have a feeling that a lot of the NGP library will consist of portable versions of your favorite franchises. For instance, we saw footage of but couldn’t play a Killzone NGP title; it looks great, but it looks a hell of a lot like Killzone.

Being able to play new iterations of your favorite franchises on the go isn’t a bad thing, especially with the high bar of graphical fidelity that the NGP can meet. I just hope both first- and third-parties start thinking outside the box and surprising gamers with unexpected software that we could only see on the NGP.

The NGP adapts nicely to your PSP titles

The NGP will also be able to upscale and adapt older PlayStation Portable titles, as well. The only one we saw in action was the third-person Resistance: Retribution, which you were able to control with both of the NGP’s analog sticks. Visually, the game looked great, bumped up to a higher resolution that gave it a clear edge over playing it on a PSP.

The game’s developer, Sony Bend, says it didn’t have to do anything to make this happen; the NGP does all of the heavy lifting, adapting titles for the platform itself. How this works and how many games will support this functionality is a mystery, as Sony was being tight-lipped on specifics. Still, the idea of being able to play older PSP titles on your new consoles with dual analog controls and at a higher resolution is certainly attractive. 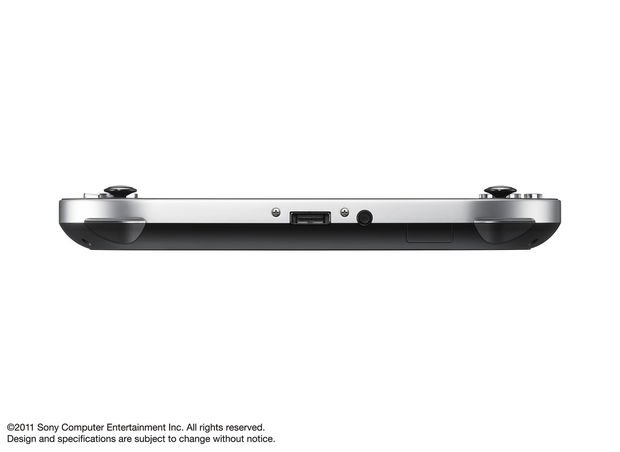 So many unanswered questions…

In all, I think the NGP has quite a bit of potential, certainly the most capable and powerful piece of portable gaming hardware I’ve seen to date. But there are still plenty of questions that remain.

Price will be a big factor, as you’d have to imagine that all of this cutting-edge tech can’t come cheap. Battery life is also a concern; the units we played on didn’t even have batteries in the systems, instead running on power supplied from an outlet. Sony is also promising an entirely revamped front-end HUB, along with innovative social features and functionality. How will they make these features attractive to gamers?

I expect more answers at E3, when Sony will have its big coming out party for the handheld. We’ll come back with more impressions of even more games, final hardware, and more. Stay tuned.