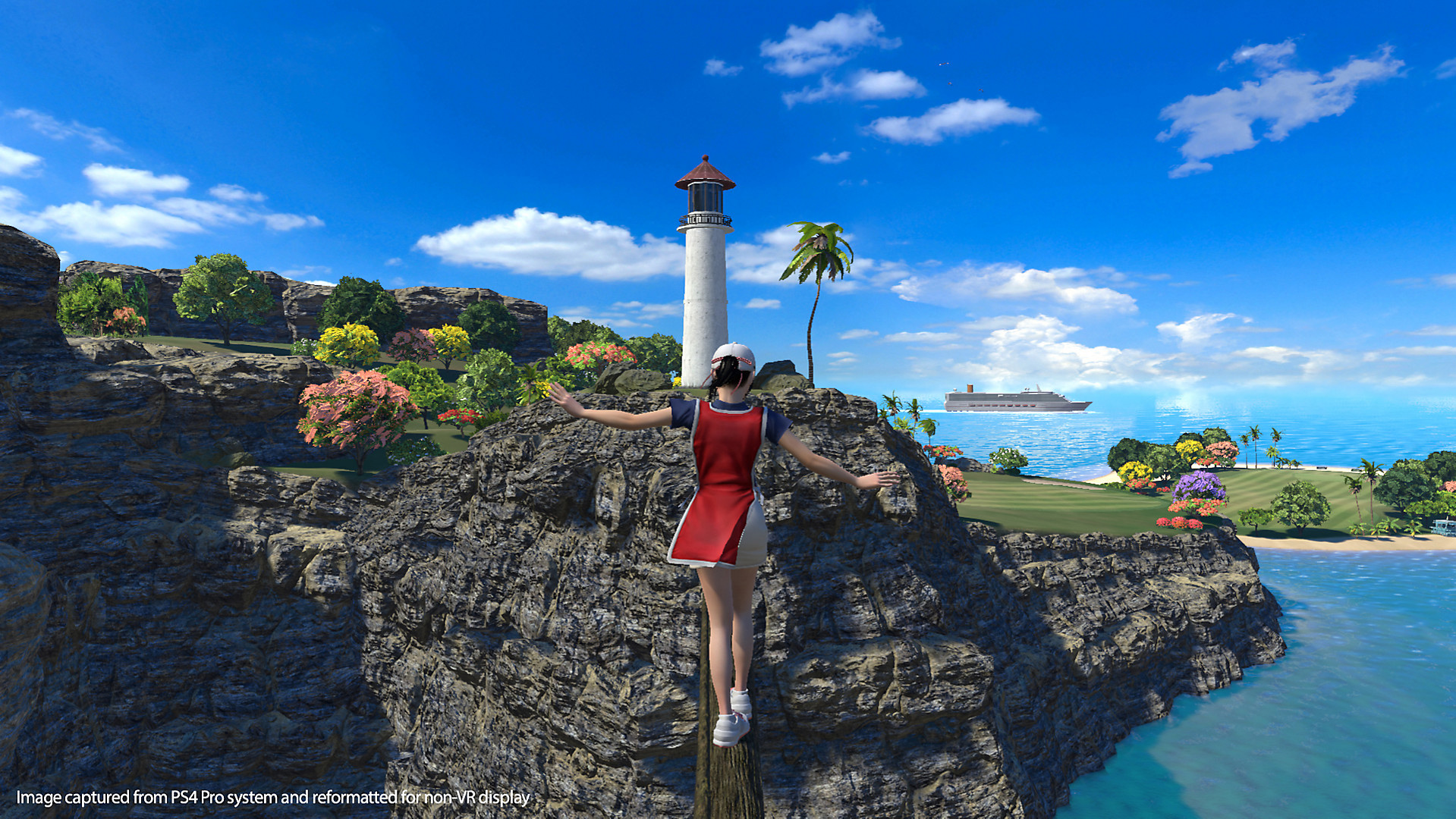 Launching May 21 for PlayStation VR

One of my favorite parts of virtual reality gaming is being able to inhabit a place and just… exist for a bit. Sometimes, that means being chased around a decrepit house by a charismatic madman. Other times, I want to get lost in a Tetris-induced trance and have my surroundings melt away. Thinking of other places I’d like to visit in the near future, the upbeat world of Everybody’s Golf ranks pretty high.

SIE Japan Studio and Clap Hanz have shared new details about Everybody’s Golf VR, a spin-off game coming to PS4 on May 21, 2019. The idea wasn’t to make it a strict simulation, but rather “something that players could easily enjoy.” You’ll swing away with either a DualShock 4 or a single PlayStation Move controller, and as a first for the series, there will be a practice ground for warming up.

If you’re wondering about that balancing-act screenshot, Everybody’s Golf VR puts caddies in “random events” between rounds. “We thought that VR created a unique opportunity to interact with them and hope that these events provide a fun little break between holes,” said associate producer Reina Araki.

I’m a little skeptical about there being only three courses, but I like that there’s a driving range and if they’re well made, I’ll take quality over quantity any day. That, and $30 isn’t a huge ask.