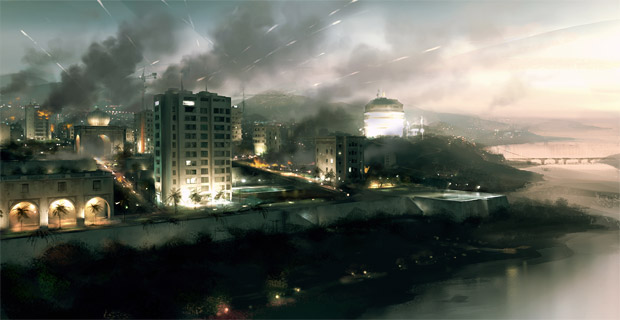 A bunch of us got fired up over the Wake Island concept art for Battlefield 3, and for good reason. It’s one of four maps included in the game’s incentive for pre-ordering, the Back to Karkand expansion pack.

Art for the Sharqi Peninsula and Gulf of Oman maps has been posted as well. Interestingly, the Battlefield Blog is saying that “the goal from the separate development team behind [Back to Karkand] is to make it every bit as ambitious and full of content as Battlefield: Bad Company 2 Vietnam.”

“Closer to the launch of the base game, we will be able to show you just what that means.”