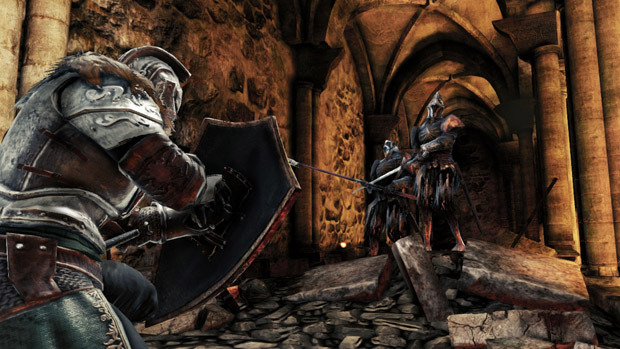 After reading Chris’ take on the Dark Souls II beta, you’re probably eager to get in and try it for yourself. I know I am. A couple of notes on that front: first, European PlayStation Plus users are getting hooked up with access. Look in the Exclusives area of the PS Store to download the client now since the game is unfortunately only playable during select times. The next play session is scheduled for Sunday, October 27 from 7:00am – 10:00am GMT.

Now, before you begin to groan, us North American players aren’t being left out completely. Tomorrow, Namco Bandai will release a universal code for the beta at 11:00am PDT — the first 30,000 people to redeem it on PlayStation Network are golden. Assuming they can carve out time from 11:00pm PDT on Saturday through 2:00am PDT Sunday to actually play.

Yeah, these times are annoying. I missed the first worldwide round because of it! Speaking of which, if you were previously accepted for the Dark Souls II beta, you don’t need to do anything extra to partake in this weekend’s upcoming session. Just show up!