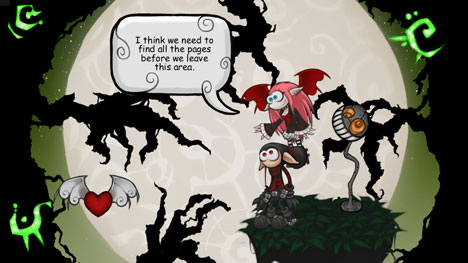 Why should WiiWare get all of the love? Eternity’s Child developer Luc Bernard has revealed that the independent title will also be coming to PCs via Steam, as well as Nintendo’s digital platform.

The Steam version of Eternity’s Child will see a number of enhancements, including support for high resolutions. Most importantly, Luc says the game will see frequent updates to its content, depending on the public’s response to the title.

“Let’s put it this way,” he writes in his Destructoid community blog, “once you’ve finished the game, it won’t be over yet. We will update it from time to time with new scenarios and worlds.”

Eternity’s Child should be available on Steam next month for $4.99. The developer has also expressed interest in bringing the title to Xbox LIVE Arcade, but has reached out to Microsoft with little luck.

“The great guys at Microsoft don’t seem to want to reply to my emails,” he bitterly writes.

As for the planned WiiWare version, Luc says that’s “up to [his] publisher to decide when they want to release it.”