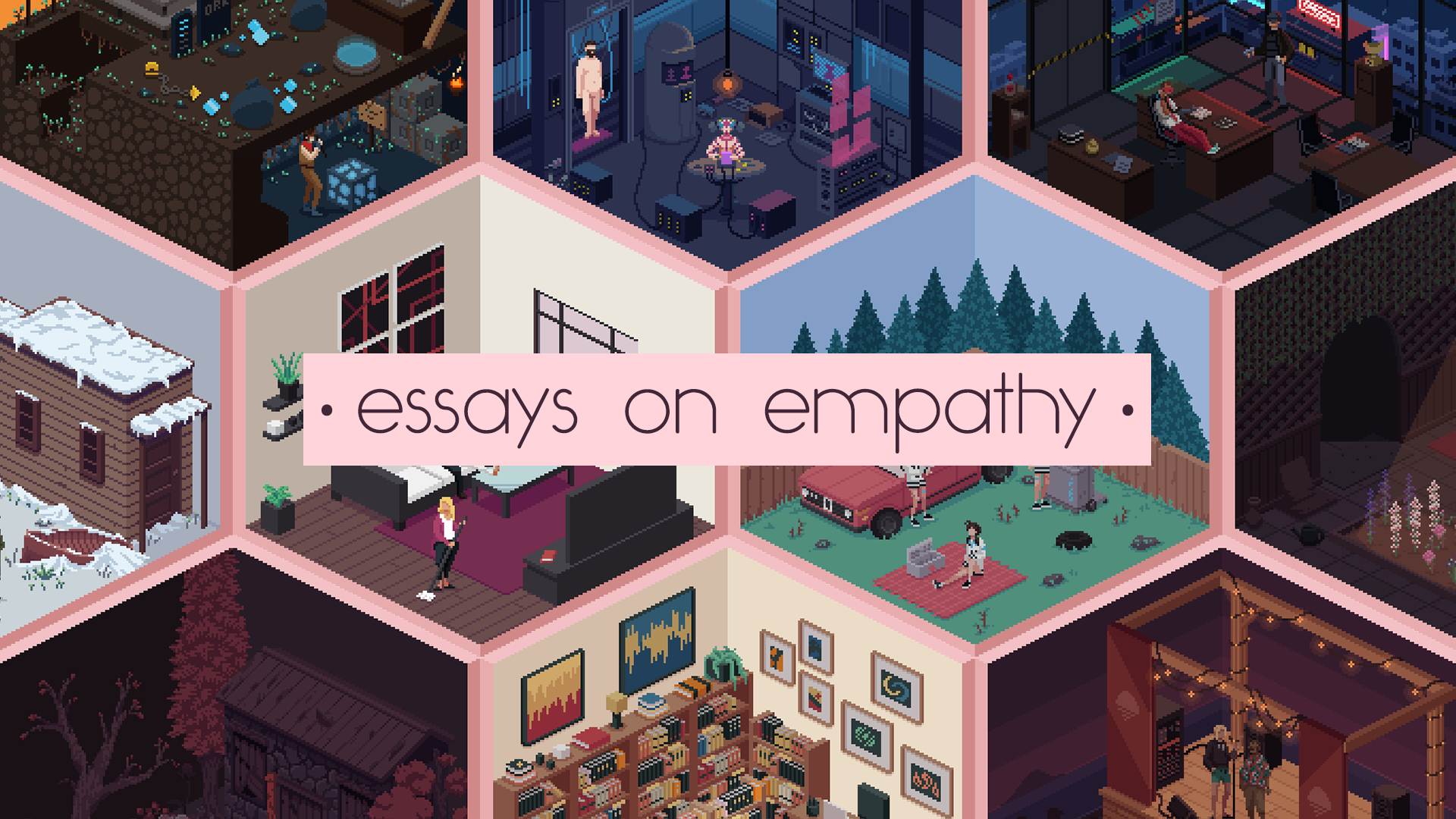 Life and love and robots

Picking just one story to sit down with can be a bit of a task. So rather than one, Deconstructeam is launching an anthology of 10 short narrative works, under the name Essays on Empathy.

Published by Devolver Digital, Essays on Empathy is a collection of 10 unique stories coming to Steam on May 18, each an experiment in narrative storytelling from the team behind games like The Red Strings Club and Gods Will Be Watching.

The Essays include several former Ludum Dare entries from the team, like Zen and the Art of Transhumanism, Eternal Home Floristry, and Dear Substance of Kin. There’s also a brand-new short experience exclusive to the compilation called De Tres al Cuarto, about a couple of comedians trying to make it. Check out the trailer, though heads-up for folks at work, there is some mature content:

I dug the tough choices of Gods Will Be Watching, and while The Red Strings Club is still on my backlog, Deconstructeam also made one of my biggest surprises of 2020, a short game called Interview with the Whisperer. It’s a free Chatbot-fueled game where you play a journalist interviewing a man who says he can commune with God through his radio, and it’s absolutely worth your time.

If this collection has some of the same inventiveness behind it, it’ll be one to look out for.