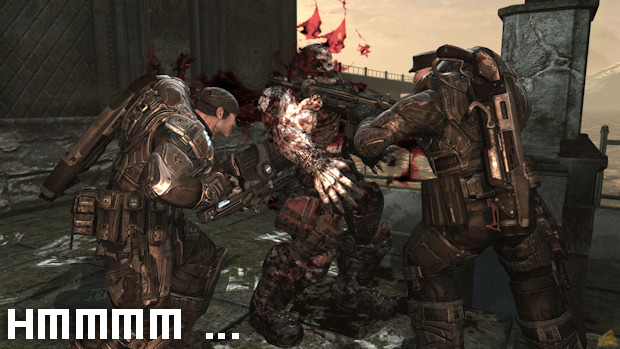 Each day brings us yet another step closer to Microsoft’s chilling vision of the future — a future where we’re expected to jump around like spastic mimes in order to play videogames that were once so simple to enjoy. Joining in with the “me too” motion control craze, a number of developers have come out in support of Natal, Gears of War studio Epic Games being among them.

“We’re just sitting down with [Natal] in the next two weeks I think, to bring our studio guys in to have a look. I have no idea what we’re going to do from a game standpoint, but from an engine standpoint, it’s definitely cool stuff and we will support it,” explains Epic VP Mark Rein. “I think any future Xbox games we make will have some Natal support. We always want to have something that exploits the unique capabilities of a platform.

“I think everyone will do something that exploits Natal once it’s out there and everyone has it. So will people be able to benefit from it? Yes. And then if they want to make that ‘oh my god’ really cool Natal experience, well, we got the engine for that. I’m pretty psyched about it.”

Epic has often stated it didn’t want to develop for the Wii because it’s not their thing, but it seems that waggle controls with hi-def graphics might be right up the studio’s alley. I just dread to think how the homoerotic love between GoW‘s Marcus and Dom will be played out with motion control.