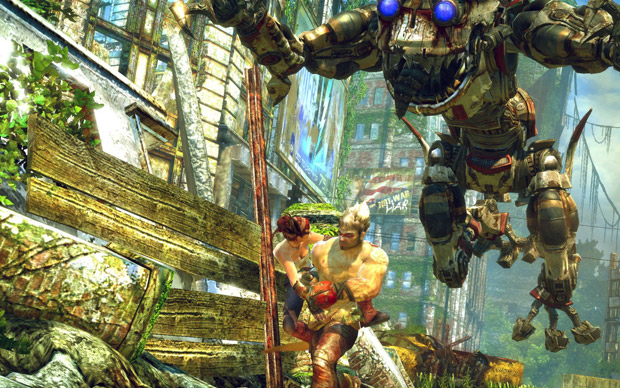 Do it for Andy Serkis

The Premium Edition of Enslaved: Odyssey to the West can now be downloaded on Steam and PlayStation Network, with the former release being a first for the title. After DmC, I was hoping this earlier Ninja Theory project would find its way to PC. It’s priced at $19.99 and includes the Pigsy’s Perfect 10 DLC plus extra character skins for Monkey and Trip.

It feels like ages since I last played this game. In fact, I don’t recall many specifics outside of the memorable ending. Going through Odyssey to the West again with the DLC — something I’ve yet to try out — and a bump to visual fidelity sounds like a strong possibility.