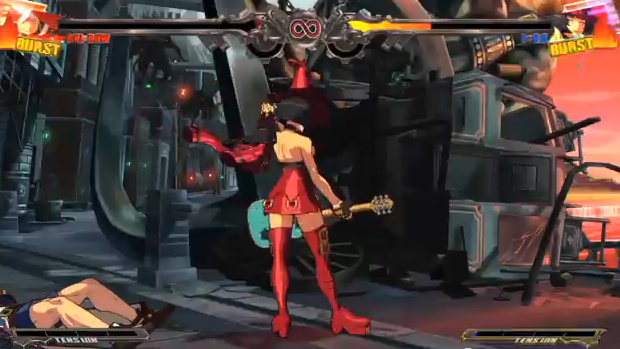 Man, if it were free to play that headline would be perfect

I’m really digging this trailer for the horribly named Guilty Gear Xrd -SIGN-. It bathes in a guilty pleasure, 90’s anime feeling that has me inexplicably gearing up for the game. Today we learned Arc System’s BlazBlue alternate will be coming out on both PS3 and PS4.

Some of the more recently announced characters are on display. So too is the game’s enticing art style, which features 3D models that look like high resolution sprites. It’s still a bit of trip to see the full model as the camera pans.

I love 2D fighting games. I don’t play them often, mostly because I suck, but they are some of my favorite things to see in motion. I love good animation. Guilty Gear Xrd -SIGN-‘s novel look is enough to make me want to pick it up because I just want to watch it move.