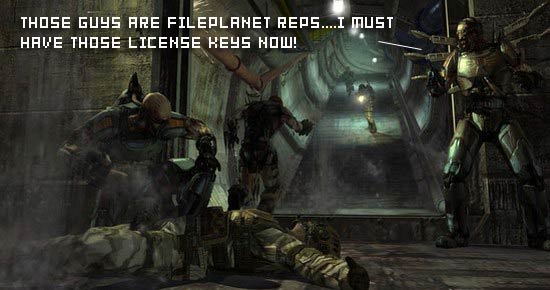 Straight from the development blog at the official site, comes news regarding the highly anticipated public beta of Enemy Territory: Quake Wars:

At long last, we are delighted to confirm the impending Enemy Territory: QUAKE Wars Public Beta. The ETQW Closed Beta has been going extremely well and yielding excellent results. The Public Beta build will consist of a single map named “Sewer”, which is part of ETQW’s Pacific Campaign. Set in Japan, the map revolves around a Strogg base hidden in, well, a sewer. It’s an interesting mix of outdoor and indoor, vehicle and infantry combat, deployables and counter-deployables and good old-fashioned FPS combat.

Whatever you do, the guys want to make sure you don’t confuse this for a demo of the finished game. This is simply a peek for you to help further the development of the game, as well to give them useful insight as to such things as customer hardware configurations and overall stability of the code itself. No release date of the beta has been given, but it has been announced that FilePlanet will be the service handling the 60,000 available slots to the public.

As expected, a certain amount of slots will be set aside for FilePlanet subscribers, with the rest available for those who have signed up for the free accounts offered by FilePlanet. As new details emerge, we’ll make sure to keep you posted.