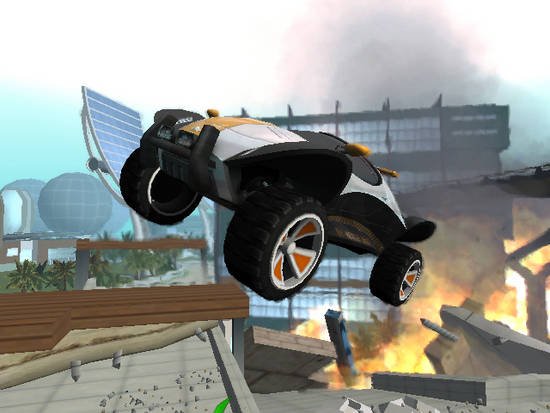 Ubisoft is coming out with a new Wii game called Emergency Heroes. Emergency Heroes is set in an open world and it’s the players job to keep the city safe. 16 “next-generation” rescue vehicles will be available ranging from Cop cars, Fire trucks, and more. The game will support two player co-op and versus and will fully utilize the Wiimote. The game should be out sometime this May.

The premise sounds fun. Actually, the premise makes me think of Crackdown. Really, this kind of sounds like Crackdown to a degree. The high tech vehicles, the free-roaming environment, protecting the city and the upgrades all remind me of Crackdown. Now all this game needs is a bunch of stupid orbs hidden all around the city and we’re set. Oh and guns. Lots and lots of guns.

Save the Day in Next-Gen Rescue Vehicles

SAN FRANCISCO – March 31, 2008 – Today Ubisoft, one of the world’s
largest video game publishers, announced that it will publish
Emergency Heroes exclusively on the Wii(TM) home video game system
from Nintendo. Developed by Ubisoft Reflections and Ubisoft Barcelona,
Emergency Heroes is an open world rescue driving game. Young rescuers
can jump into 16 different variations of next-generation rescue
vehicles as a police officer, firefighter or EMT and navigate through
the sprawling streets of San Alto, keeping citizens safe along the
way. Emergency Heroes will be available in North America in May 2008.

•       Explore and protect the entire city. As an emergency hero, your
mission is to protect the peaceful city of San Alto. Drive through
stunning free-roaming open environments, rescuing the city from
imminent danger at every turn.

•       Two Player Co-Op. Challenge your friends or combine forces to form
the ultimate rescue hero team to protect your city.

•       Fun for the whole family. Making full use of the Wii Remote(TM),
everyone in the family can enjoy being an emergency hero.

•       Fast-action gameplay. Take advantage of Hero Mode and play like you
mean it – the faster you drive, the faster you rise and gain access to
powers of invincibility.