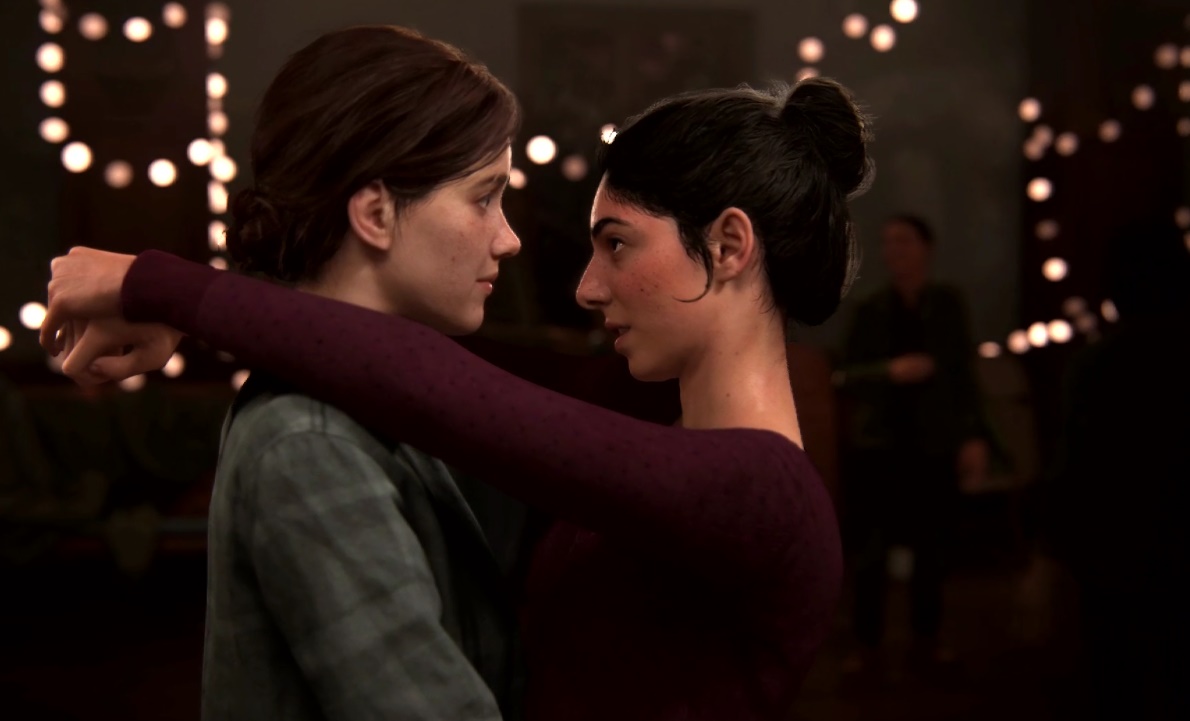 Sony decided to “try something different” this year for E3 — which roughly translated, means moving their conference from the beautiful gigantic center they’re usually in to a very small, cramped, partially standing room only cobbled room.

Followed by a beautiful musical number from Last of Us composer Gustavo Santaolalla — new footage of Last of Us Part II! We see an older Ellie at a hootenanny with her presumed significant other, and naturally bad things quickly happen — it cuts to Ellie brutally cutting someone’s throat open and calling him a “fucker.” The rest of the clip is pretty brutal, with gut-slitting and stealth killing (and lots of very scripted/staged looking gameplay).

No new info was given beyond the clip.