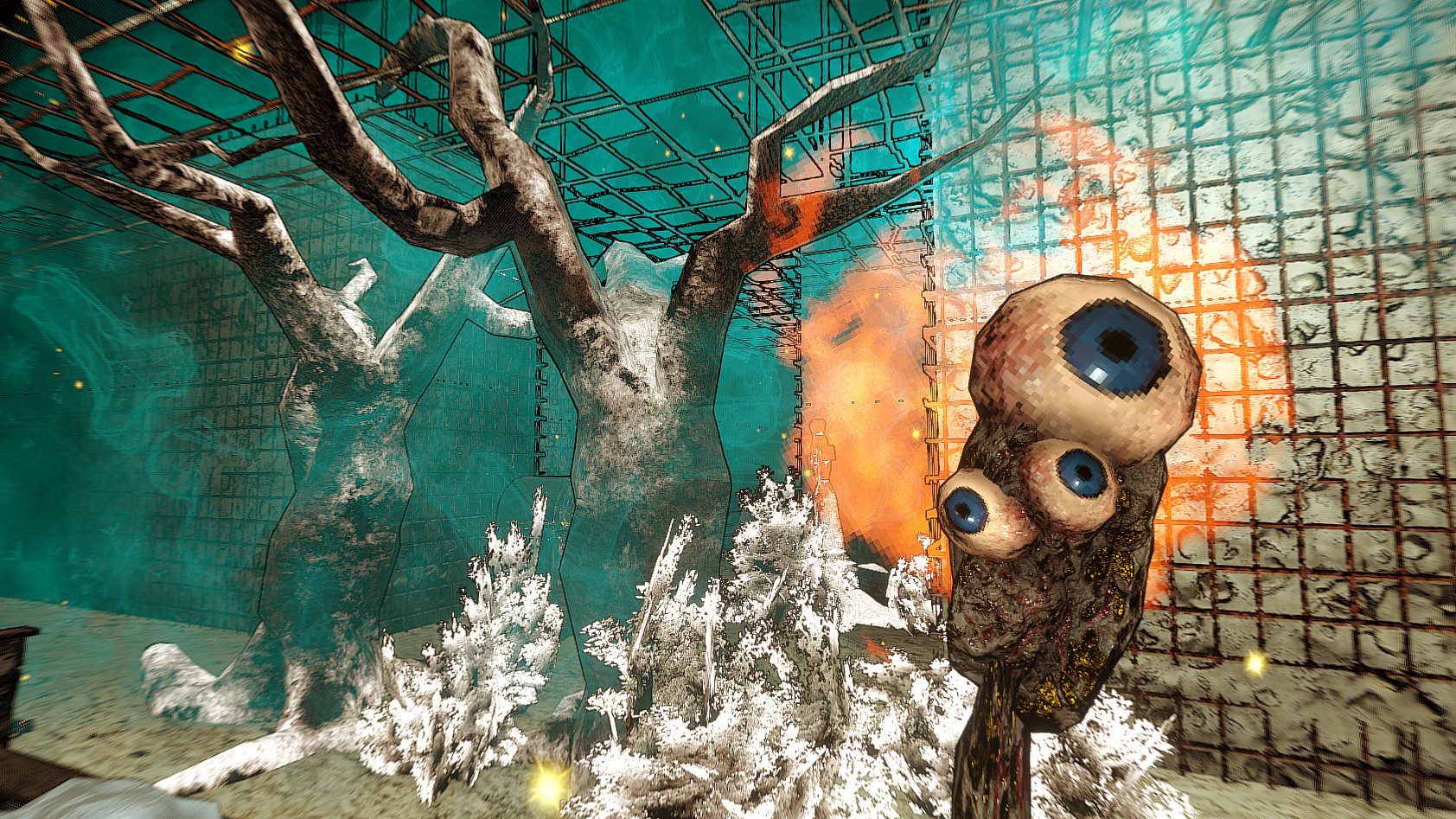 Just a few to keep your good eye on

I’m sure you’ve heard all about this year’s hottest upcoming releases. Like Elden Ring and all those other ones that I’m sure exist, maybe. In any case, I don’t typically get to review those, so here’s a hefty list of games that I may be able to review. This might be a crafty attempt to call dibs on these covering these 2022 indie games, but you can’t prove it. However, I also think you should be excited about the same games that I am because then we have something to talk about when we’re getting our hair done. 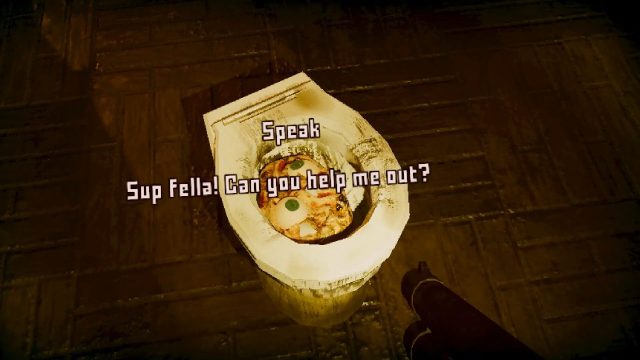 Golden Light has been in Steam Early Access for a while now and has grown considerably in that time. However, I’ve kept my hands completely off of it because I just want to experience the end result. I’m not really an Early Access girl. There has to be a ring on it before I commit. But now, we’ve got a release window of Q1 2022.

A new entry in the meatpunk genre, Golden Light is an FPS Roguelite. That may not sound too exciting, but it makes up for it by being unimaginably weird. Strange, procedurally created environments, an absurd story, and randomized weapons. It’s almost enough to make me start up the Early Access build. 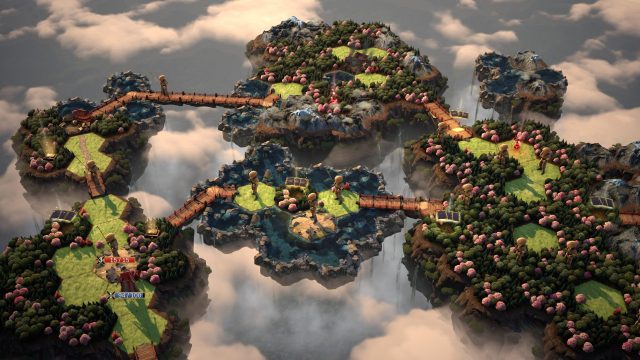 I know I just said that I’m not one for Early Access, but I did check out the demo for Mahokenshi, and it was sublime. Taking surreal visuals derived from Japanese folklore and combining them with card-based hex-strategy proves to be a winning flavor. You build up your deck, dish pain to your opponents, and complete objectives.

I already love what I see from Mahokenshi and am looking forward to the release of the full serving. I’m not necessarily a fan of deck-building games, but this one puts its cards to good use. It’s supposed to drop on PC in Q1 2022. 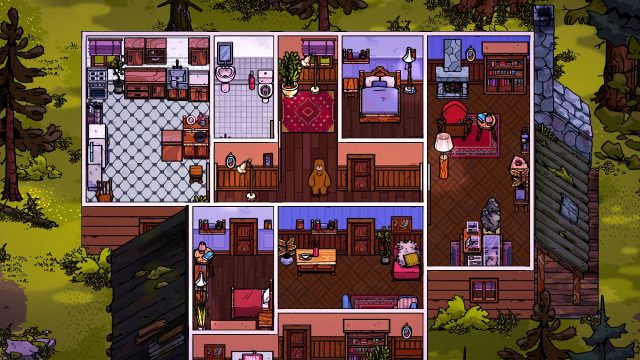 I stumbled across this game trying to remember the name of a similar, pornographic title. I’ll let you try and figure out what I’m referring to. The concept grabbed me immediately. You run a bed and breakfast, but you’re a bear. Oh, yes, that’s the good stuff.

Bear and Breakfast ties your hospitality enterprise into a narrative-focused adventure. I can’t wait to make friends with all the forest creatures, then wow them with my plush beds and elaborate quilts.

I think Bear and Breakfast’s success will depend on how well it can balance its gameplay against its narrative. We’ll be able to judge its juggling act sometime in 2022. 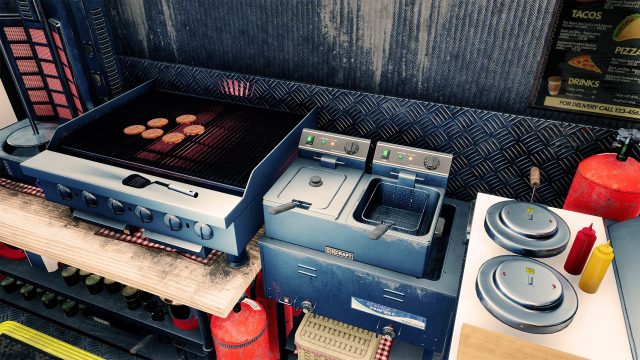 I liked Gas Station Simulator. It was janky, sure, but most simulators seem to be built from the cheapest particle board which gives them that “it’s going to collapse in on me and I’ll be trapped” charm. However, it was fun to play and kept me engaged.

It left me hungry for more, and thankfully DRAGO Entertainment has two new simulators in the pipe of a similar vein. Food Truck Simulator is the one that interests me most because I love food trucks. Who doesn’t? The food is quick, dirty, and unique, just like a bedroom analogy that I’m not going to make because I’m too bashful. So, yeah, I’m on board for a janky trip to the hottest spots to dish out hot… food.

2022 on PC is the only clue we have for when we’ll be dishing out meals on wheels. 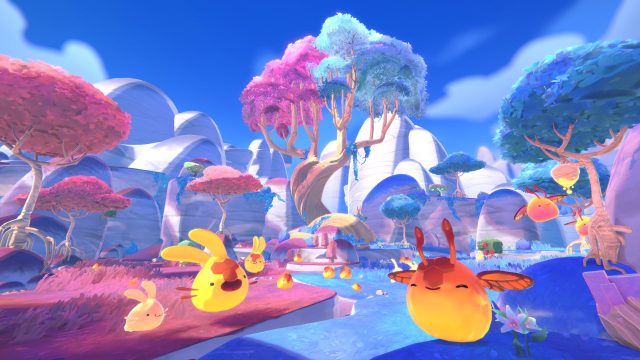 The original Slime Rancher was a sublime experience. Nearly perfect. I recommend it to everyone with a soul.

So here comes Slime Rancher 2. What’s new? Fresh slimes. Does anything else matter? There isn’t a whole lot of information outside of its short trailer, but I’m all set for new slimes. It’s supposed to launch in 2022, which is hopefully enough time for another playthrough of the original. 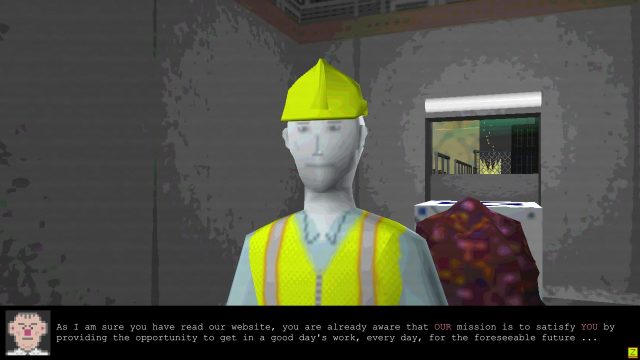 I probably shouldn’t let this get around, but evidently, I have a weakness for the phrase “similar to Chulip.” That’s how the developer framed this to me, and I immediately had to take a look.

The similarities that Time Bandit has to my beloved Chulip is largely in its worldview. It’s a warped look at the drudgery of everyday life for the working class. You’ve got a job, which is finding crystals within a sprawling facility, and it sucks. You’re given the opportunity to upset the status quo, and unless you like being taken advantage of by your corporate overlords, you’ll probably do that.

A unique part of Time Bandit is its use of real-world time. There are periods where you’re allowed in the facility and others where you need to sneak. NPCs will set appointments with you, and you need to be there around that span. All your equipment works on a timer, and you need to rest to regain your stamina. This might be a dealbreaker for those with a busy schedule, but it’s fortunately rather laid back about it.

It seems that Time Bandit is going the episodic route, and the first slice is due for the Spring on PC. We should also see another demo popping up on Steam in early February. 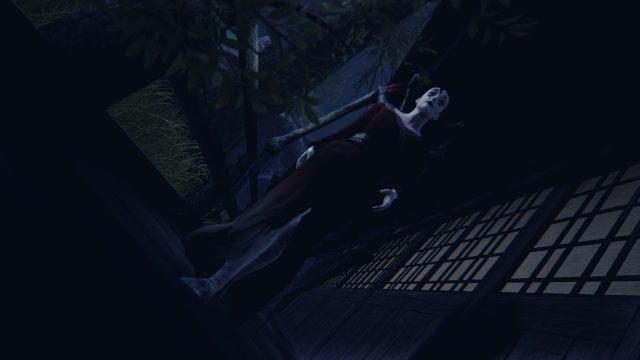 I’ve been playing a lot of horror games lately, and while I love peeing a little in twisted versions of mundane environments, Ikai is looking to take us through the lands of Feudal Japan. Similar to Amnesia, Ikai has you wandering through the gloom defenselessly, getting spooked. The setting and the style of horror have me interested.

Do you know what my favorite Japanese folklore story is? Ashiaraiyashiki, the foot washing mansion. Will we be washing giant dirty feet in Ikai? Have your sponge ready in March 2022 on Playstation 4/5, Switch, and PC. 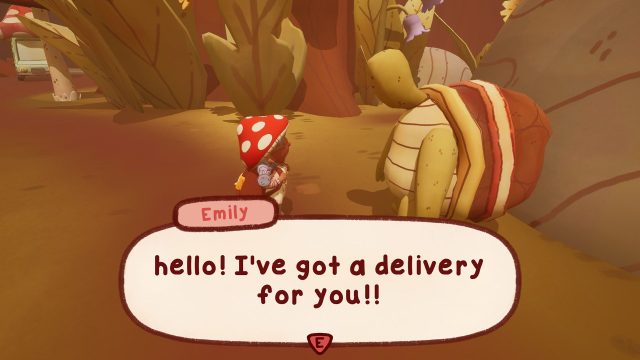 I think mail delivery is an underutilized way to get you to talk to your neighbors in a video game. It’s one thing to let the player wander around and let themselves into everyone’s homes uninvited, but it’s better to give them a reason to: like a stack of junk mail. Lake tried to tap into this and was somewhat successful. Soon it will be time to see if Mail Time can stick the landing.

Mail Time casts you as a tiny courier who hops around big environments to deliver their charge to woodland creatures. It bills itself as Cottagecore, which I can get down with. However, it’s a lot more whimsical than something like Lake and that could be the secret ingredient. We’ll be able to lick its stamp on PC… eventually, it’s just listed as TBA with no window. 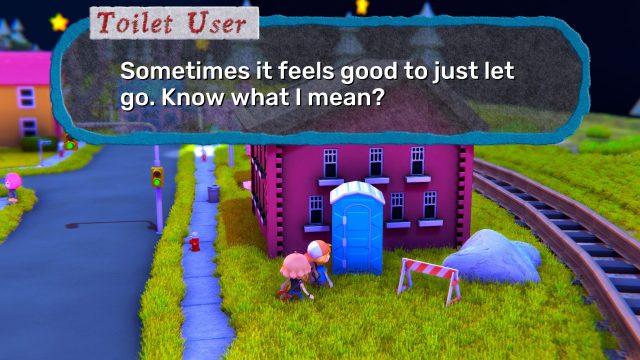 I can play with a Guitar Hero controller? Do go on.

StarStruck: Hands of Time is a narrative rhythm game – An interactive rock opera, if you will. It consists of three intertwined adventures and has you play as a destructive human hand in a claymation-looking environment. I’m a sucker for button-based rhythm games, but when you tie in a significant length of whimsy, it really drills into the pleasure center of my brain.

We’re TBA on this one, but there is a demo to check out right now on PC. 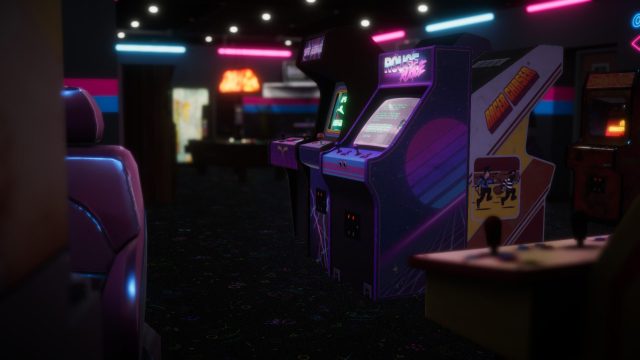 The video game hobby isn’t really the most social of activities, but the arcade gave our kind the ability to gather and swap germs. It’s now mostly extinct in this part of the world, which is why so many people my age and older are nostalgic for the days when you’d place a quarter on the marquee to signify you had next game.

Arcade Paradise is looking to tap into that. You take a laundromat and turn it into somewhere more useful to slot your quarters. It’s not merely a management sim, however, as you can dive into all 35 of these money munchers to seek out the high score.

I generally say that games like these live and die on the quality of the games they provide. It’s not much good for nostalgia when you play something that is like OutRun but not even in the same league as that classic. Then you’re just left wanting to play OutRun. We’ll see if Arcade Paradise can convince me not to just play OutRun Spring 2022 on consoles and PC. 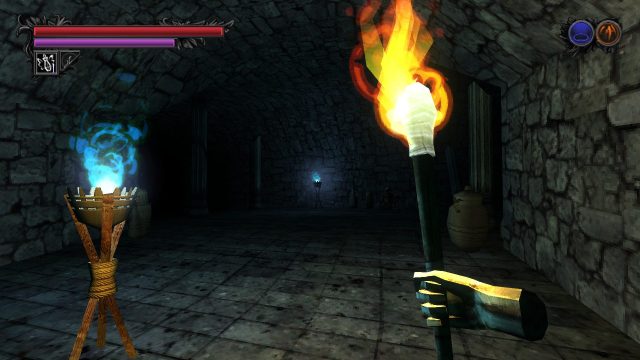 While it’s probably accurate to say that the Souls series rocketed From Software to fame, they’ve been around for a long time. Another series that they’re popular for is the long-running Armored Core, but they’ve dabbled in dark fantasy long before we stepped through the fog of Boletaria with the King’s Field series.

Lunacid hopes to take us back to that time with a dungeon crawling adventure game that seems like it’s ripped from those dark days. Taking you through a number of gloomy locales, Lunacid looks every bit as dour as its inspiration.

We might not see all of Lunacid’s twisted halls in 2022, but it is slated to hit Early Access sometime this year.