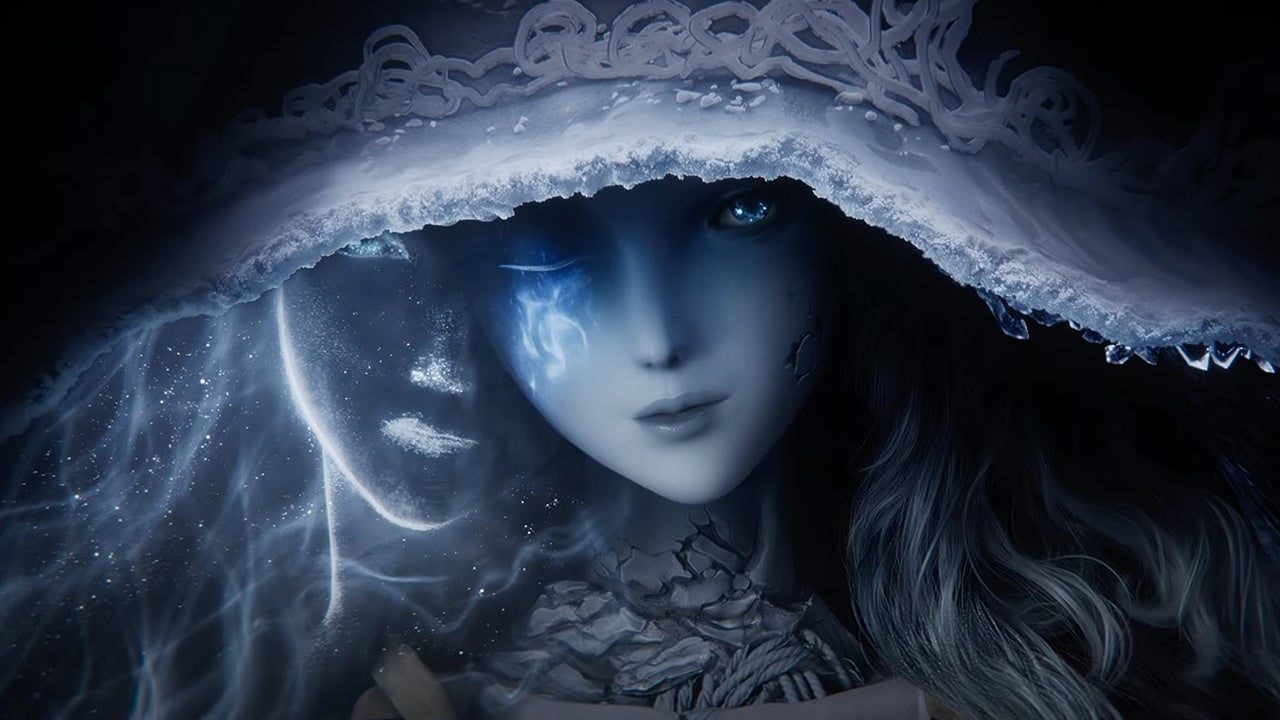 The moment of truth is upon us, as developer FromSoftware has officially released the PC specifications required in order to play its insanely anticipated adventure title, Elden Ring. The hugely hyped fantasy RPG will finally be let loose on PlayStation, PC, and Xbox platforms on February 25.

It should come as little surprise to anybody that the visually splendid title requires something of a pretty hefty powerbase in order to get it up-and-running, let alone operate in all of its regal glory. For the minimum spec, players will want an Nvidia GeForce 1060 3GB or AMD Radeon RX 580 4GB video card, along with 12GB of RAM and a processor equal to an i5 8400 or a Ryzen 3 3300X… It’s not looking good for yer boy.

If you pass the initial bar, then FromSoft recommends that your rig sports processor equivalent to an i7 8700K or a Ryzen 5 3600X, along with 16GB of RAM and a powerful Nvidia GeForce 1070 8GB / AMD Radeon RX Vega 56 8GB video card. In either case, Elden Ring is expected to take up around 60GB of HDD space… I mean, I have that, if nothing else.

Of course, Elden Ring is also available on PS4, PS5, Xbox One, and Xbox Series X. While I’m sure all of the above platforms will provide an engaging and impressive jaunt through The Lands Between, clearly FromSoft is hoping that players will push as hard as they are able for a “next-gen” experience. Personally, I might have to just settle for wearing the hoodie instead.

You can check out the full specifications in the graphic below. 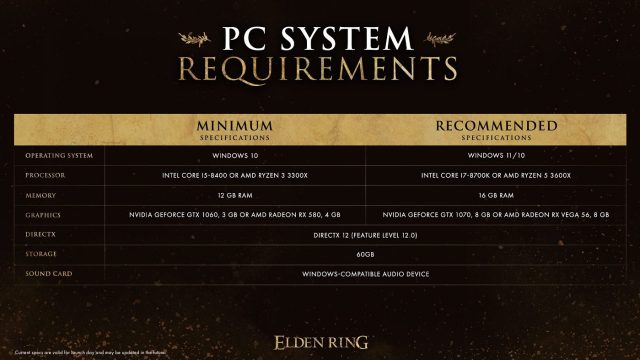