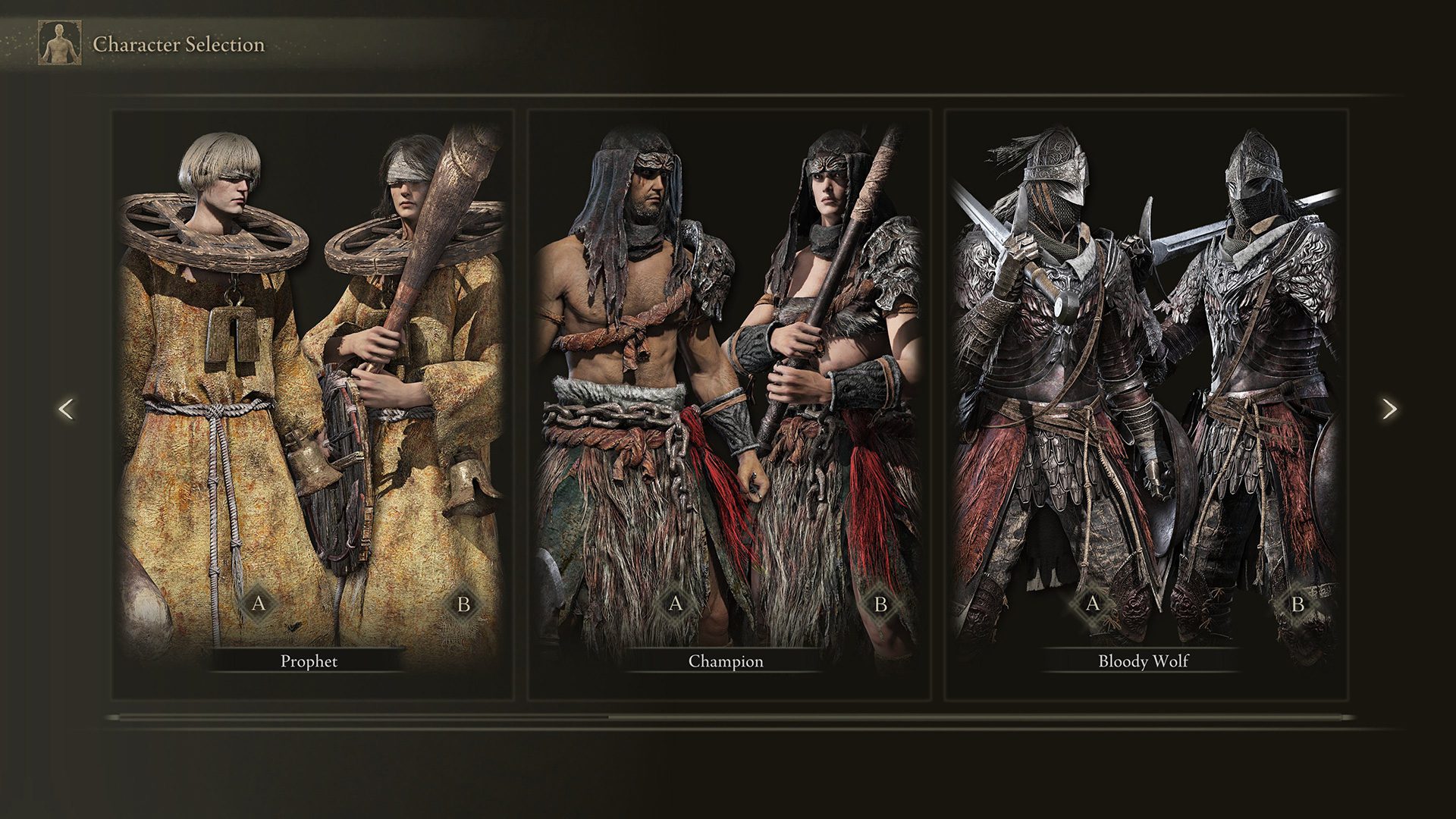 Bloody Wolf is one of five playable Tarnished

[Update: Bandai Namco is sending out codes now, and the email subject you’re looking for is “ELDEN Ring Network Test Code.” I just got a North American key for PS4 and PS5 shortly after 10:00 a.m. Pacific. Once you redeem your code, you can start downloading.]

I hope you remembered to sign up for the Elden Ring network test — October 31 was the last chance to put your name in the hat. The more I hear about it, the harder I’m crossing my fingers. More details are popping up, including a look at the five playable Tarnished.

Wait, there’s a network test? Yep. It was announced in conjunction with Elden Ring‘s delay from January 21 to February 25. The network test is happening in November with five different three-hour sessions available from November 12–14, so it’ll be a mad dash.

The Elden Ring network test includes Xbox One, Xbox Series X/S, PS4, and PS5, so no love for PC this time (though the full game will be available on Steam, thank goodness).

The file size for the Elden Ring network test’s PS5 version is 6.93GB.

In a recent tweet, From Software previewed the Tarnished character classes that will be available in the network test: Warrior, Enchanted Knight, Prophet, Champion, and Bloody Wolf. The latter is going to be a popular choice based on that fashion and name alone.

In seven days, these five brave Tarnished will cross the Sea of Fog.#ELDENRING pic.twitter.com/t7SNykhr3E

Come to think of it, I’m not sure I’ve participated in one of From Software’s network tests before even though they’ve been fairly prevalent. Part of me desperately wants in early to experience even a fraction of Elden Ring, and part of me knows the game will be all the sweeter if it’s totally fresh. February is jam-packed with games, but this is The One.

If you’re open to the idea of seeing some — but not “too much” — of Elden Ring pre-release, Bandai Namco released a nearly 20-minute gameplay video. As opposed to the usual From Software game launch trailers that show all of the bosses out of context, this is a more deliberate, slow-burn preview. I don’t feel like it overshares.

Elden Ring feels a little more real every day. It’ll be here before we know it.