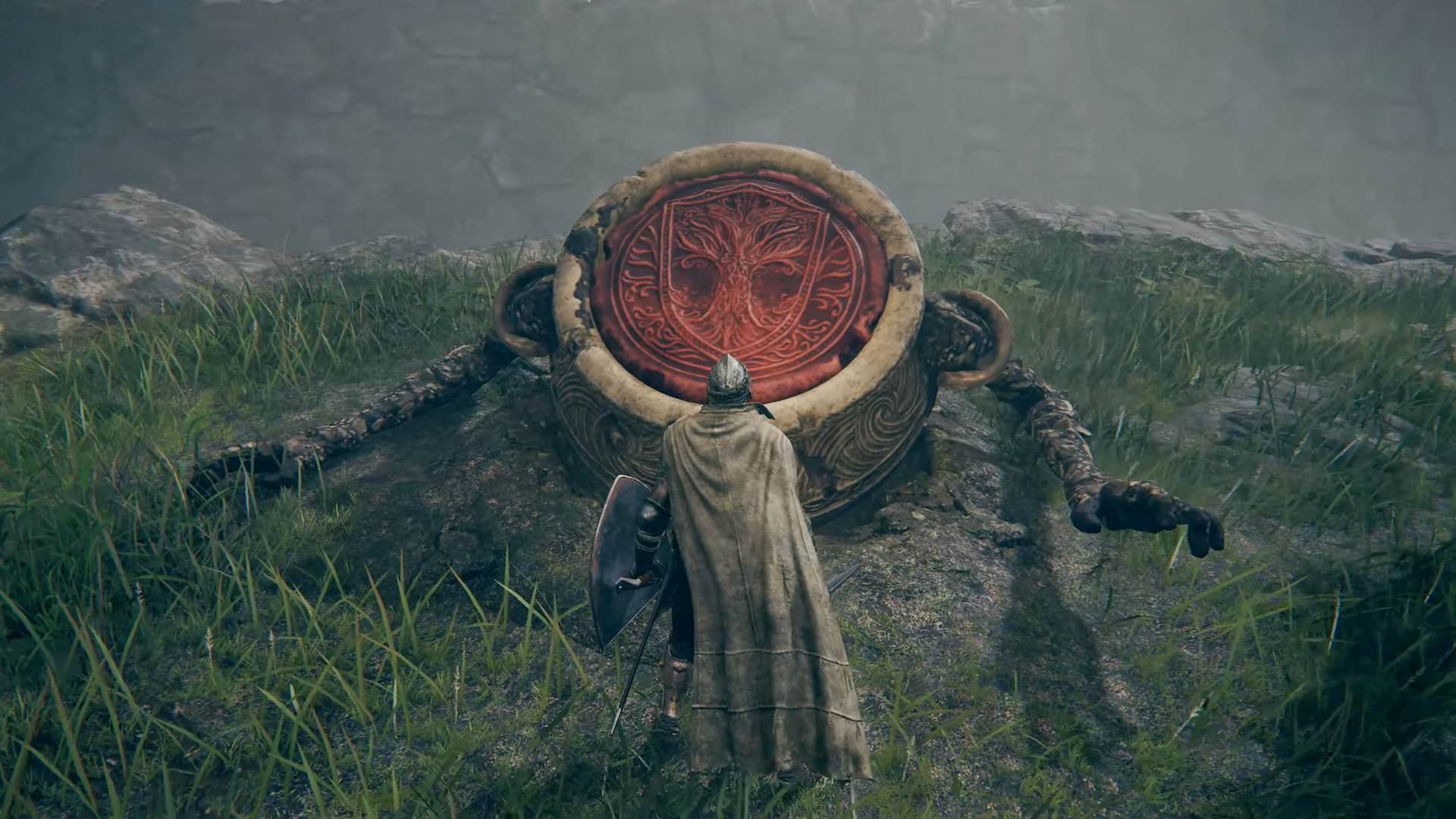 Elden Ring looks to be a pretty big step for From Software. Today, the studio showed off about 15 minutes of gameplay of the upcoming action RPG, and it has a lot going on. From horse combat to stealth, ambient enemies to massive dungeons and bosses, and even a pot man, the Elden Ring gameplay broadcast today showed off a fair bit of what to expect in this new world.

One of the big elements to showcase in Elden Ring is its mounted combat. Not only can you ride a horse or, seemingly, other mounts in Elden Ring, but you can also fight while galloping around. This was shown in a big bout with a roaring dragon, that soared in as the character was roaming around the open world.

Also, I was pretty taken with just how magical everything is. It’s obviously not like magic is a new element to any of From Software’s games, but the magic here seems to be grander and more stylish than I’d usually expect. Summoning pals to back you up mid-fight, calling in a storming hail of glowing arrows, and that hyper beam all seemed pretty cool.

Bosses seem even more powerful to match, too. We got a glimpse today of a few different large encounters in this Elden Ring gameplay preview, like a massive mounted knight and a dragon, but the big one arrived at the end. The many-armed lord shows up at the end of a run through a castle, ready to face off with you in the arena. And if the arms weren’t enough, it looks like he seizes a dragon’s head part-way through the fight, adding a little fire and some more teeth to his arsenal.

Today’s Elden Ring gameplay really showed off a lot of what the new From Software game will look like in the moment-to-moment, from longer gameplay segments to world activities like dungeons. And of course, massive, soul-crushing boss fights. The developer says there’s more Elden Ring info to come between now and its release date of Feb. 25, 2022. But it’s safe to say I’m already pretty into what they’re showing right now.