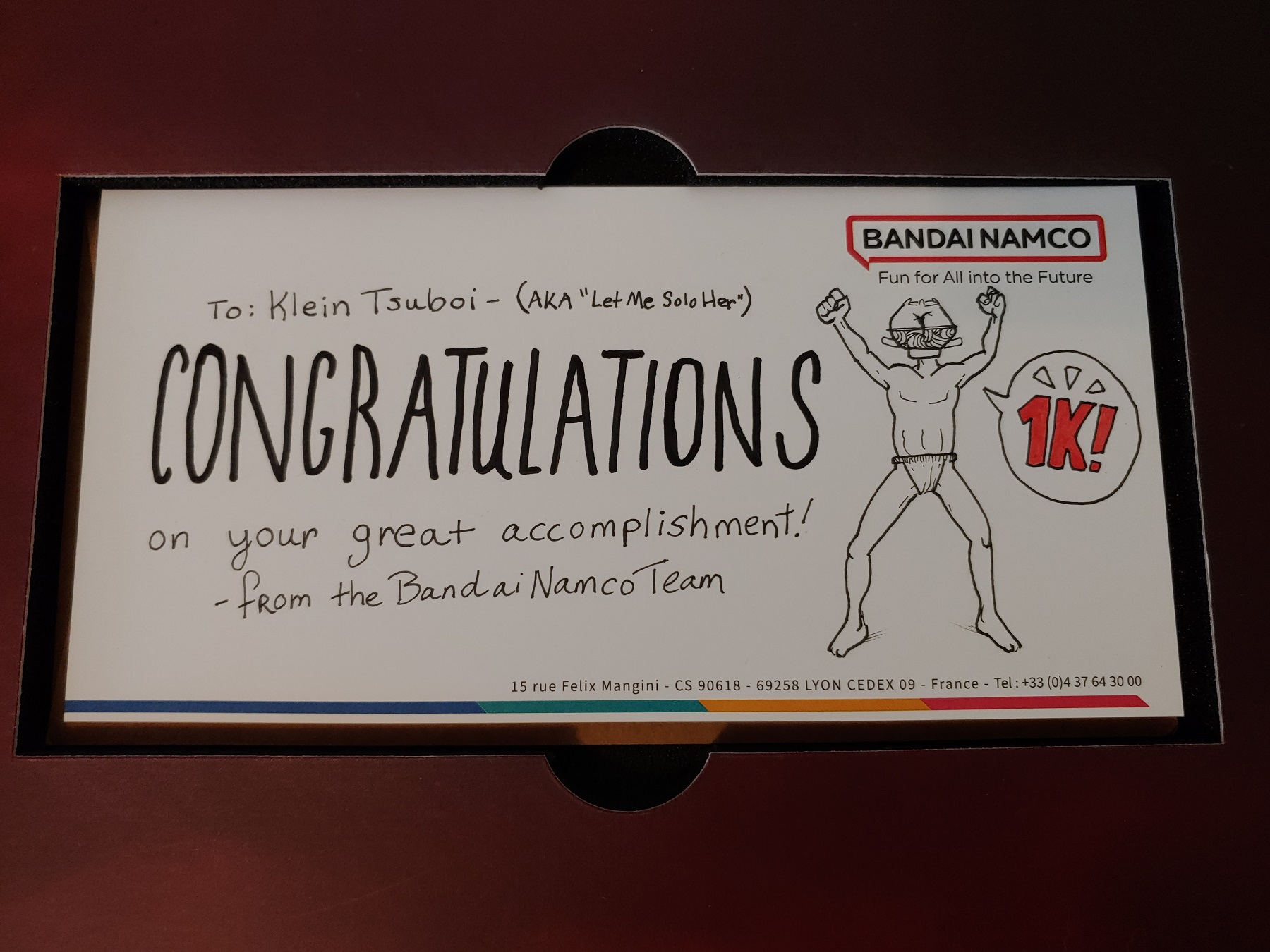 They started with Dark Souls 3, and almost quit after the first boss

To quickly recap, shortly after the launch of Elden Ring, a legend was born among players. Their name is Let Me Solo Her: a user who logged in, fought the hardest boss in the game by themselves, and assisted others in getting a clear. They did it with such panache (the name, the outfit, the loadout, the tenacity) that they quickly became a meme (it’s gotten to the point where they even have cosplay fans [image is semi-NSFW]) and now, they’re being honored directly by the game’s publisher, Bandai Namco, for their 1000th kill.

Let Me Solo Her announced on Twitter that Bandai Namco US gifted them a special box with all sorts of goodies in it:

Note that this is the influencer bundle some folks got, but the personalized letter is unique. They didn’t just tweet out photos of their care package though: over on Twitter, Let Me Solo Her actually shares their Souls story too, and it’s pretty fascinating!

“I can still remember my first experience with the soulsborne series and almost quitting because of Iudex Gundyr in Dark souls 3. I’m glad I persisted and went on to enjoy the game, because this community is one of the most passionate and dedicated people I’ve ever seen in a game, and I’m proud to be a part of it.”

In retrospect, Dark Souls 3 is a pretty fantastic place to start, with a lot of quality-of-life upgrades that newcomers would find helpful. Once they get over that hump (whether it’s the first boss like Iudex Gundyr or the first few), they’re generally on their way.

Thank you @BandaiNamcoUS and @ELDENRING for giving me this gift and congratulating me for being #LetMeSoloHer . I can still remember my first experience with the soulsborne series and almost quitting because of Iudex Gundyr in Dark souls 3. I'm glad I persisted and (1/3) pic.twitter.com/w2FF77HRnO