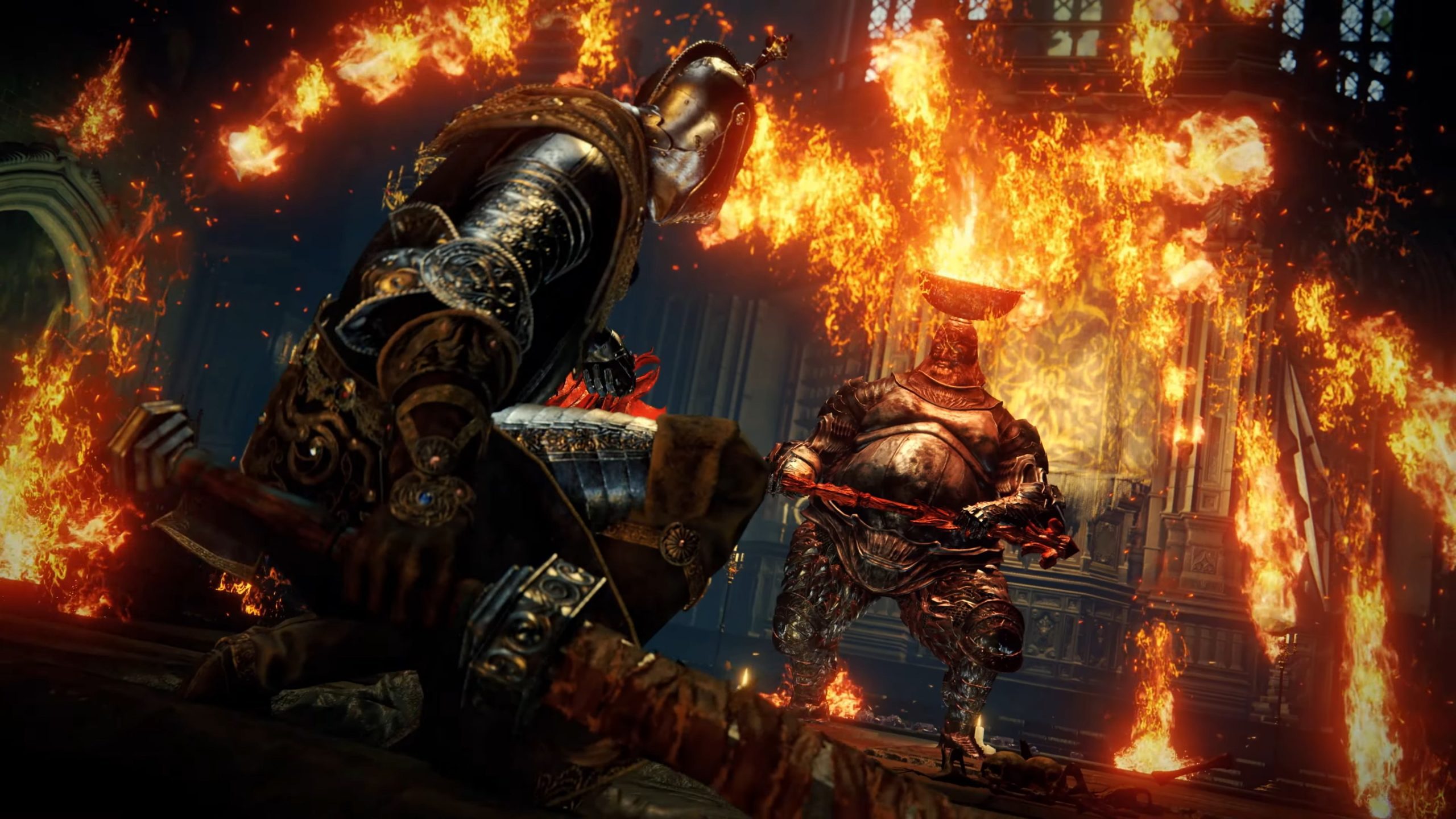 Like many of you out there, the Elden Ring trailer blew me away. As did the news that it would arrive early next year! For now, we wait, but Hidetaka Miyazaki is also shedding a bit more light on the game thanks to a string of interviews from Famitsu.

As translated by FrontlineJP.net, the savant creator had a lot to say about Elden Ring, mostly in terms of game balance. Fascinatingly, while Miyazaki stops short of saying that Elden Ring is going to be easier across the board (and as is tradition, it won’t have difficulty settings), he does note that for solo players, there are a few concessions to make the game more welcoming.

For one, summons. Now players can summon their own NPCs, which range from “tanks” to “archery” companions, and beyond. In the interview, Miyazaki explains that you’ll be able to say, summon a tank, then attack an enemy on a flank to make the fight more manageable. Spirits have upgrade capabilities (!) and can be customized. This approach also eliminates any need for an online connection, or any social anxiety that goes with playing with real people.

Another layer is stealth. Miyazaki stresses that the game, like some elements of Sekiro, is more strategic in that way, and isn’t necessarily all about twitch action skill. He explains that by taking it slow and easy you can avoid enemies entirely or hit them with a damaging stealth attack.

Curiously, Miyazaki notes that bosses also have a very different role in the game. They will no longer gatekeep progress until the very end of a zone, and you can even finish the game without killing every boss. If this system is more open-ended, it should skirt the issue of a player not being able to say, clear Ornstein and Smough and throwing the game in the trash (but you came so far!).

In all, Miyazaki likens the difficulty to Dark Souls III rather than Sekiro, ultimately stating that “it can be handled,” despite being “very difficult.” Multiplayer is another curious case, as you do have some restrictions while playing it (like not riding horses), but the game will not automatically end after you finish a boss off. Speaking of horses, you’ll need one, because Miyazaki confirms that this is the biggest game From Software has created to date, and it may take 30 hours to complete “with no detours,” though he stresses that he isn’t sure.

He’s also completely jazzed about the idea of jumping around in a Souls-like, and mentions it multiple times in the interview. It’s so much info and so many vague teases in one place!