Enoch walked with God; then he was no more, because God took him away. [Genesis 5:24]

Every hero has something unique or extraordinary about him, and as Enoch, grandson of Adam, grandfather of Noah, titular character in El Shaddai: Ascension of the Metatron, you are no exception to that rule. You, a mere mortal, answered a divine call to become the Metatron, a person fit to sit on a throne next to God himself. No pressure. 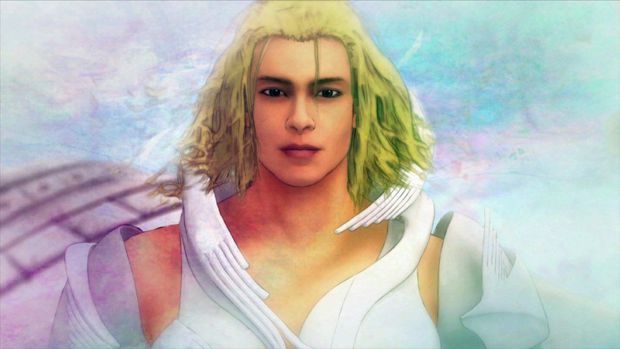 This Enoch, whose flesh was turned to flame, his veins to fire, his eye-lashes to flashes of lightning, his eye-balls to flaming torches, and whom God placed on a throne next to the throne of glory, received after this heavenly transformation the name Metatron.

As the title might suggest, El Shaddai, a game that’s a modern reinterpretation of biblical apocrypha, follows Enoch on his journey to become worthy of transforming into the Metatron. Our previous coverage touched on the game’s premise, but here’s a small recap: God sent angels down to Earth to watch over it. These appropriately named “Watchers” let their lust get the better of them, and they fell in love with humans and with our world. The Watchers fathered the Nephilim with the humans in an unholy union, but the Watchers didn’t stop at making these cutesy monstrosities. Hubris led them to create the Tower of Babel, where the game takes place, with each “level” being a utopia that one of the angels has created. 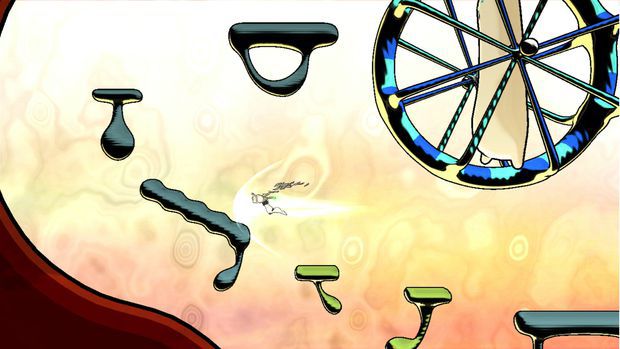 The premise is edgy and controversial, yes. Shane Bettenhausen, Ignition Entertainment’s director of business development, states that the development team needed “to be careful, because there are people in the world who do consider the book of Enoch to be canon, like Ethiopia for example.” He expressed uncertainty when it came to how these people would take the game. Thus far, little to no controversy has been made after the Japanese launch.

The first time I entered the Tower of Babel, I couldn’t help but empathize with the Watchers who defied God. I looked in awe and wonder at my surroundings — am I really out to punish the souls who created such splendor? These angels, they’re not antagonists in the typical way videogames pose flimsy, simple depictions of “evil.” The angels aren’t evil, but they’re definitely misguided. Even Lucifel himself is a curious antagonist. We all know or assume the evil of the devilish Lucifer, the fallen angel, but things are especially tricky when you consider that Lucifel can see the future. According to the book of Enoch (spoilers?), Enoch is destined to take Lucifel’s place at God’s side. Knowing all of this — we assume he knows all of this, anyway — Lucifel guides Enoch through the game. Why is that? Can we truly trust him?

I pondered all of this as I made my way through a utopia created by Sariel, an angel obsessed with love. The first part of the stage was colorful and adorned primarily by giant geometrical shapes that Enoch had to traverse through. The level made it clear that Sariel had been quite busy in his time on Earth, as there were tiny Nephilim swarms accosting Enoch wherever he went. After a couple of successful jabs at possessing me, I decided to ignore the Nephilim and started focusing on the platforming. Boy, was the platforming difficult — I must have died a few dozen times. El Shaddai features intense platforming, a breath of fresh air amongst titles like Enslaved or Uncharted. “Most of us grew up playing Mario, and we know how to jump, and I think that a lot of modern games do the jumping for you,” remarked Shane. 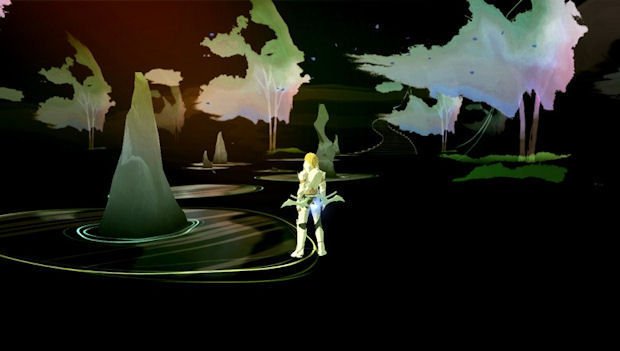 Mind, this is all on normal difficulty. Once you beat the game, you unlock higher difficulty levels and can even choose to turn on the HUD. The HUD toggle is meant for more hardcore players, who want to keep track of combos and scoring.

After making my way through this part of the level, I came across a large black abyss where a boss battle against Sariel was to take place. Typically, boss battles in El Shaddai will either be against angels testing your strength or against their pets and playthings. The dark void made me pause and wonder if I would fall straight down into it. Yes, in the middle of a battle, I was heavily concerned with my environment. That’s the type of game El Shaddai is — contemplative, like a sip of fine wine. This place was heretical but oh so magical, so beautiful. Each step produced a splash of pastel colors, and I found myself moving just to recreate these small moments of wonder. It was like the first time Drake’s shirt gets wet in Uncharted, and I would roll through the puddles just so that I could be in awe of the effects.

The environment in El Shaddai is straight out of a pipe dream, and rightly so. According to Shane, “We hired an artist to direct the game … he had such a distinct point of view of how he wanted to do the game, and we let him do what he wanted.” That artist happens to be Takeyasu Sawaki of Okami and Devil May Cry fame. El Shaddai will most likely surprise players, as the scenery changes aplenty and sometimes hundreds of years can pass between levels. I could be more specific about what may appear in later stages — Shane figured that at this stage, there’s not much point to trying to save people from spoilers — but I still don’t want to spoil it for folks. That’s how striking I found one of the later levels. 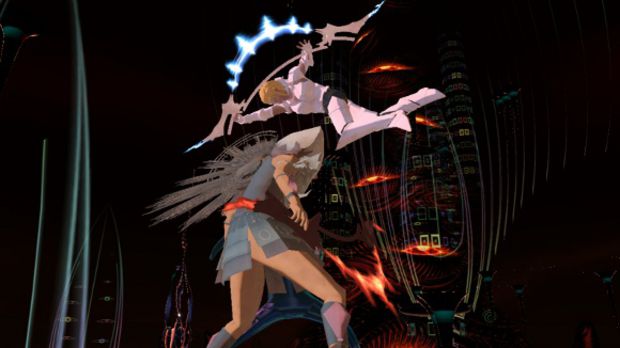 Amazingly, it’s this artistic approach that has made the game successful in courting otherwise elusive markets. The game has already been released in Japan, and the demographics have been surprising. “More than half of the people who bought it there were women … because of the characters, because of the art, because of the story.” Who would have thought that you simply needed a good narrative, art direction, and characters to court that market? Of course, there are some design choices that lend themselves well to a casual market, too. The game may be challenging, but it’s still very forgiving. There are a generous number of checkpoints, and Enoch has the ability to bring himself back to life after being defeated, at the cost of one segment of armor per death, however. The design paradigm is essentially “teaching without punishment.”

What you must understand about this game is that it’s different, eccentric even. That’s not my coy way of injecting marketing-speak at you, either. Unlike the plethora of games this generation borne from a focus group or designed in accordance to metrics or data, El Shaddai is a game that dares to approach an artistic vision without compromise. What I saw in the demo last Tuesday was all the more striking and fresh for it.

Filed under... #El Shaddai: Ascension of the Metatron