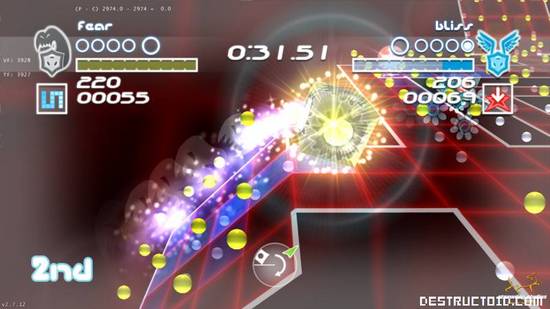 The game will contain three single-player modes (Duel, Time Attack, and Mini Games), as well as three multiplayer modes (Duel, Team Geon, and Last Man Standing). The game also ships with “a huge selection of different arenas to get pulses racing.” Add into the mix “high octane visuals” and “a fast and slick soundtrack,” this is sure to be XBLA event of the Summer.

The GEOM: emotions official site is already live, and there’s a video so you can check the “high octane visuals” and “fast and slick soundtrack” out for yourself. Like many people’s pets, the game also has a completely useless Myspace page, which I’m not going to be link to, because that would just be encouraging them.