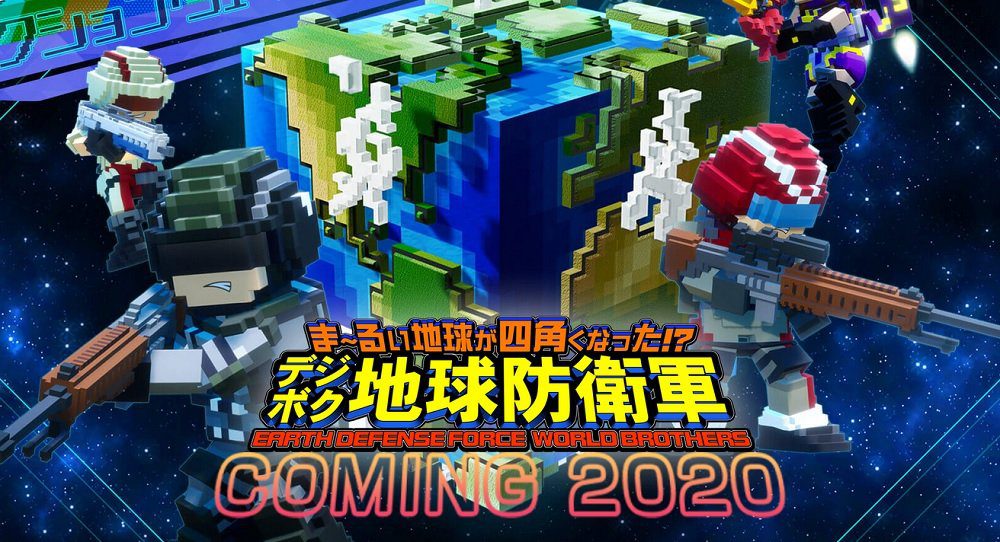 [Update: A selection of new screens can be viewed in the gallery below, courtesy of Gematsu.]

D3 Publisher has announced a new spin-off title in its bug-squashing Earth Defense Force series… and this one is particularly peculiar. Earth Defense Force: World Brothers will feature all the typical EDF giant-insect action we’ve come to know and love, but stylised in a cutesy, voxel-graphics aesthetic.

Developed by Yukes, World Brothers will allow the player to form a team of four EDF fighters from a roster of around 100 characters, before going into battle against hordes of giant spiders, wasps, ants, and other creepy crawlies, all hell bent on taking over the planet. All of the characters, skills, monsters, and weapons have been collated from previous EDF titles, making World Brothers a celebration of the entire series. There is unfortunately no trailer as of yet, but the official website is live right here, and there is a selection of great screenshots available for your perusal at Famitsu.com.

I’m really digging this concept. EDF is a lot of fun at the best of times, but this unique visual style is so well-suited to the franchise’ goofy action. Currently in development for PS4 and Nintendo Switch, we’ll be sure to bring you more news on Earth Defense Force: World Brothers as and when it hatches.

It ain’t quite LEGO: Earth Defense Force, but I’ll take it.