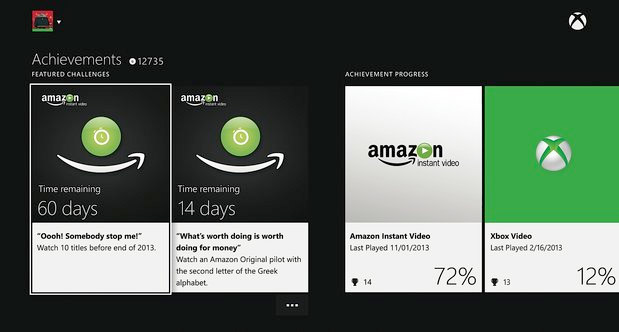 Best part? No Gamerscore for them

With such a strong focus on television viewing, it’s predictable to hear that Microsoft will allow Achievements that are earned through watching media, as shown in the image above. “We’re going to have more achievements for media experiences in general,” Xbox chief marketing officer Yusuf Mehdi told Shacknews. “You’re going to see more of in a lot of different places.”

Before you start thinking that this will taint Gamerscores, heaven forbid, there’s something to point out here. In a ridiculously long post about Achievements for the new console, Xbox’s Major Nelson clarifies that only games will give players Gamerscore. Which now has me wondering who if anyone at all will go to the trouble of earning these Achievements.

Yes, you can get achievements for watching TV on Xbox One [Shacknews]