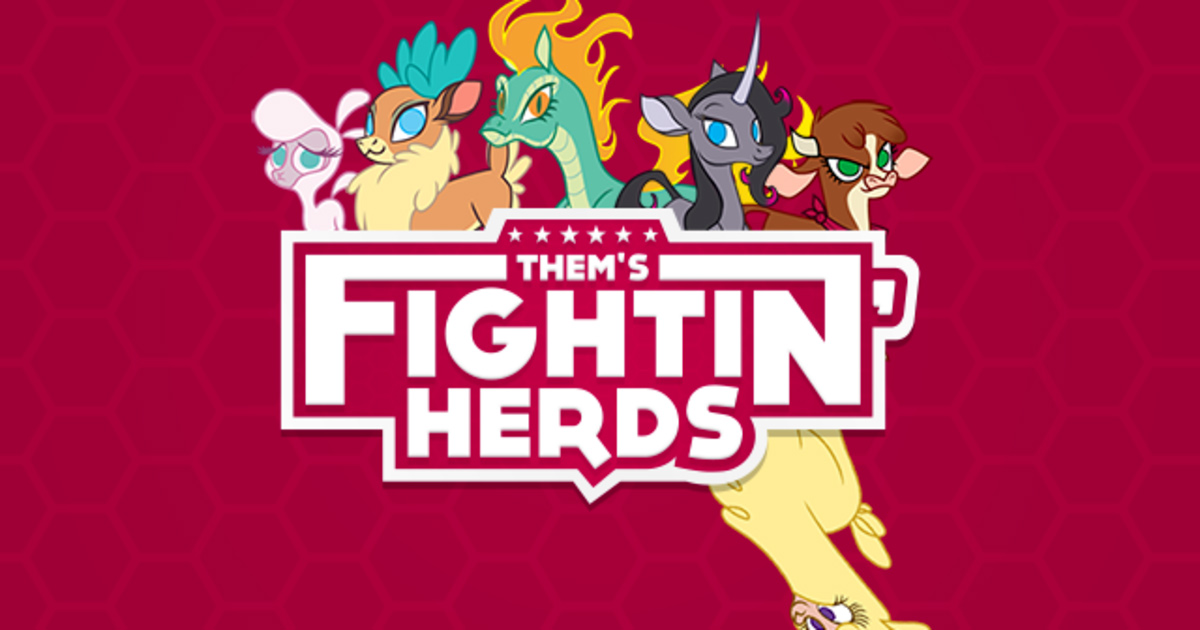 Remember Bronies? Ahahaha! They were people who liked a thing! Wasn’t that just hilarious?

Indeed, the phenomenon that was My Little Pony: Friendship is Magic was something else. As someone who remembers the My Little Pony craze from its original ’80s run, I was impressed by the way writer/creator Lauren Faust brought the incessantly saccharine brand kicking and screaming into the modern era. Faust gave the dated franchise a new look and a new attitude. Friendship is Magic featured great characters, fun villains, and some genuinely good comedy, still retaining a wholesome message and teaching da kidz valuable lessons about pride, determination, kindness, and inclusivity.

When indie-studio Mane6 – consisting of MLP: FiM fans – began work on an unofficial fighting game based on the brand, property owner Hasbro was understandably quick to slap down a cease-and-desist on the project. Undaunted, Mane6 took this opportunity to redesign “Fighting is Magic” into an entirely new game. Scrapping the engine and almost all assets, the team set to work on creating Them’s Fightin’ Herds, complete with an original roster, designed by none other than Lauren Faust herself!

Them’s Fightin’ Herds finally saw its Early Access release last week, and is now available to download via Steam. Was this long, controversial journey worth it? Is the filly-fighter shaping up to be a pedigree, or is it just looking like the horse’s ass? 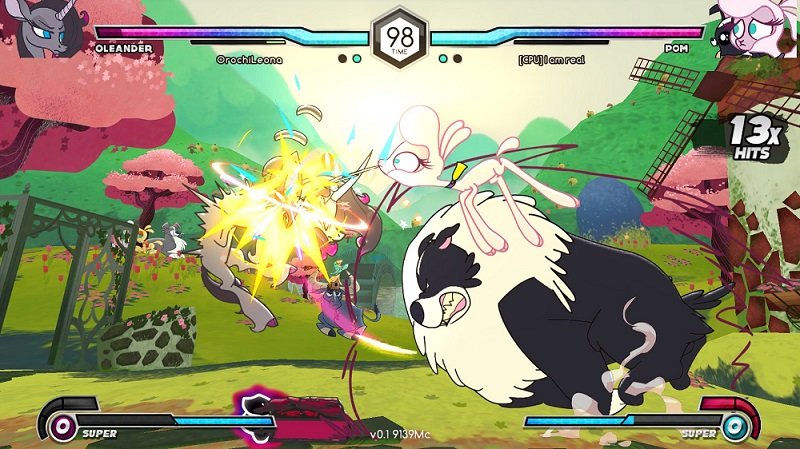 Even from these screenshots, it’s clear that TFH is a damn good-looking game. Faust’s designs shine throughout. It features beautiful, colourful characters, who are animated in intricate detail and move with fluidity. The game’s current roster are unashamed clones of FiM’s “Mane 6”: Alpaca Paprika is Pinkie-Pie, nervous lamb Pom is Fluttershy, classy reindeer Velvet is Rarity, etc. All of these characters are wonderfully realised and feature smile-raising animation. Juxtaposed with this fluidity are a series of good-looking, but weirdly static stages, where the distinct lack of movement, at least in the current build, is an odd distraction.

The game’s action is backed by some good, dynamic music, which changes to reflect the intensity of the battle. A neat feature sees the character select theme adapt as you hover the cursor over the various roster members. The game’s score is well-composed in and of itself, though some of it, such as the title theme, feels oddly ill-fitting to the game’s style, character, and context. Regardless, the music itself is excellent throughout.

Of course, the true test of a fighting game is not in such aesthetics, but in its combat. Having been developed on the Z-Engine, designed for Lab Zero’s brilliant and similarly gorgeous Skullgirls, TFH features smooth, slick, and fast-paced combat. There is definitely no issue with the “feel” of the gameplay, which is shaping up nicely, but this does, however, bring us to a very important moment of clarity, one that may decide the game’s fate right out of the barn.

Them’s Fightin’ Herds is a complex fighter. The game is far more akin to fighters such as BlazBlue or Guilty Gear than it is Street Fighter or Mortal Kombat. As a four-button fighter (Light, Medium, Heavy, and a character-specific Skill), each character not only has completely different fighting abilities, but completely different movement abilities. Not all characters can dash, run, or high jump, Paprika can even hyper-hop, KOF-style. On top of this, the fighting styles themselves are complicated for your average gamer. Some characters feature “puppet-projectiles,” others can replenish health and plant traps. Others are built around opening up your opponent via teleporting mix-ups, or command throws into air juggles.

Although this is, of course, great news for fighting game fans, TFH‘s concept and presentation reeks of mainstream appeal. It has a look, a style, and a happy-go-lucky atmosphere that gives way to a roster that requires solid commitment to learn, both as manes mains and as opposition. On top of this, the game has unforgiving single-player AI that appears to use gross, button-reading mechanics to beat you out in footsies. I’m all for deep, difficult fighting games, a lot of genre fans are, but is that the audience TFH is aiming for? If it is, are the people planning on buying the game aware of such complexity? 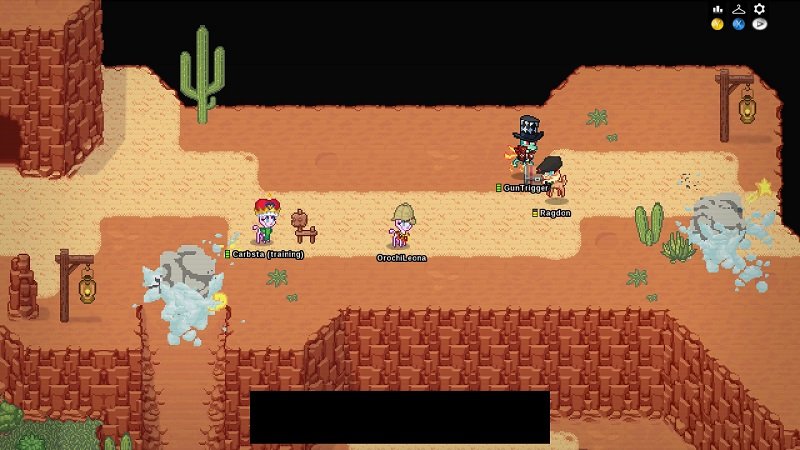 The current build of the game features an arcade mode, a training mode, target-busting time trials, and Online VS. I’m happy to report that the game supports GGPO, and all of my online battles were crisp and lag-free. The online lobby consists of an amusing 8-bit world, where players can collect items to customise their avatar, while chatting to other players through a list of emoticons or the standard chat window. It’s another cute addition. A full Story Mode is on the way, which will see players control all six main characters across multiple chapters.

I’ve enjoyed my time so far with Them’s Fightin’ Herds. It is a solid base for a really good secondary fighting title. But a lot of work still needs to be done. There are some jarring presentation and animation problems including: no winposes or lip-sync, repetitive in-fight vocals, and some missing animation frames (such as when hit by Arizona’s lasso attack). Work also needs to be done on the game’s cheap, button-reading AI, which betrays the game’s intelligent mechanics. 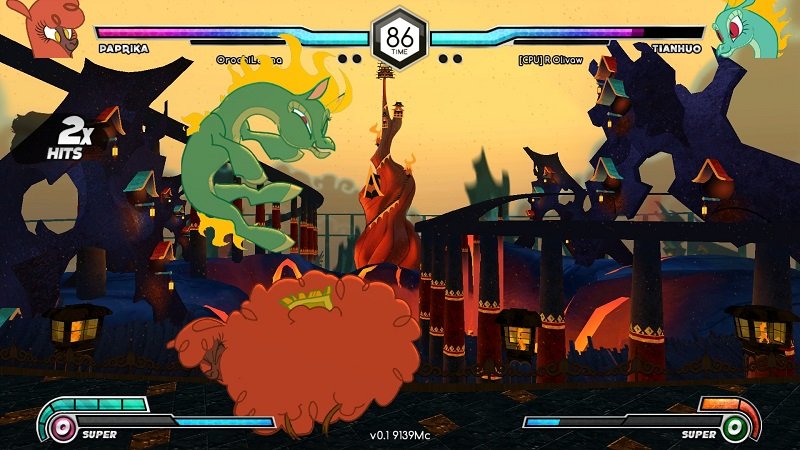 The biggest challenge facing Them’s Fightin’ Herds will definitely be finding its audience. Its characters are so distinct in style, they could all be from different 2D fighters, coupled with a special/combo system reminiscent of an Arc System Works title. That’s fine in itself, but these so-called “hardcore” mechanics are layered into a product which has thus far built a fanbase mostly around its universe, visual design, and its MLP roots. I’m not sure what the crossover is, if any, between those two communities. If mishandled, TFH could end up turning away both.

There is so much to celebrate here in terms of quality aesthetic design, intelligent gameplay, online stability, and genuine heartfelt passion from the underdog developer. Betting against something special being delivered over time would be foolhardy. There’s more work that needs to be done, but Them’s Fightin’ Herds has come out of the gate with a lot of promise, and I, for one, hope it builds upon its foundation, finds its audience, and takes its place in the Winner’s Circle soon.

Oh, and plot-twist: None of the current roster are ponies at all.

[This review is based on an Early Access build of the game provided by the publisher.]