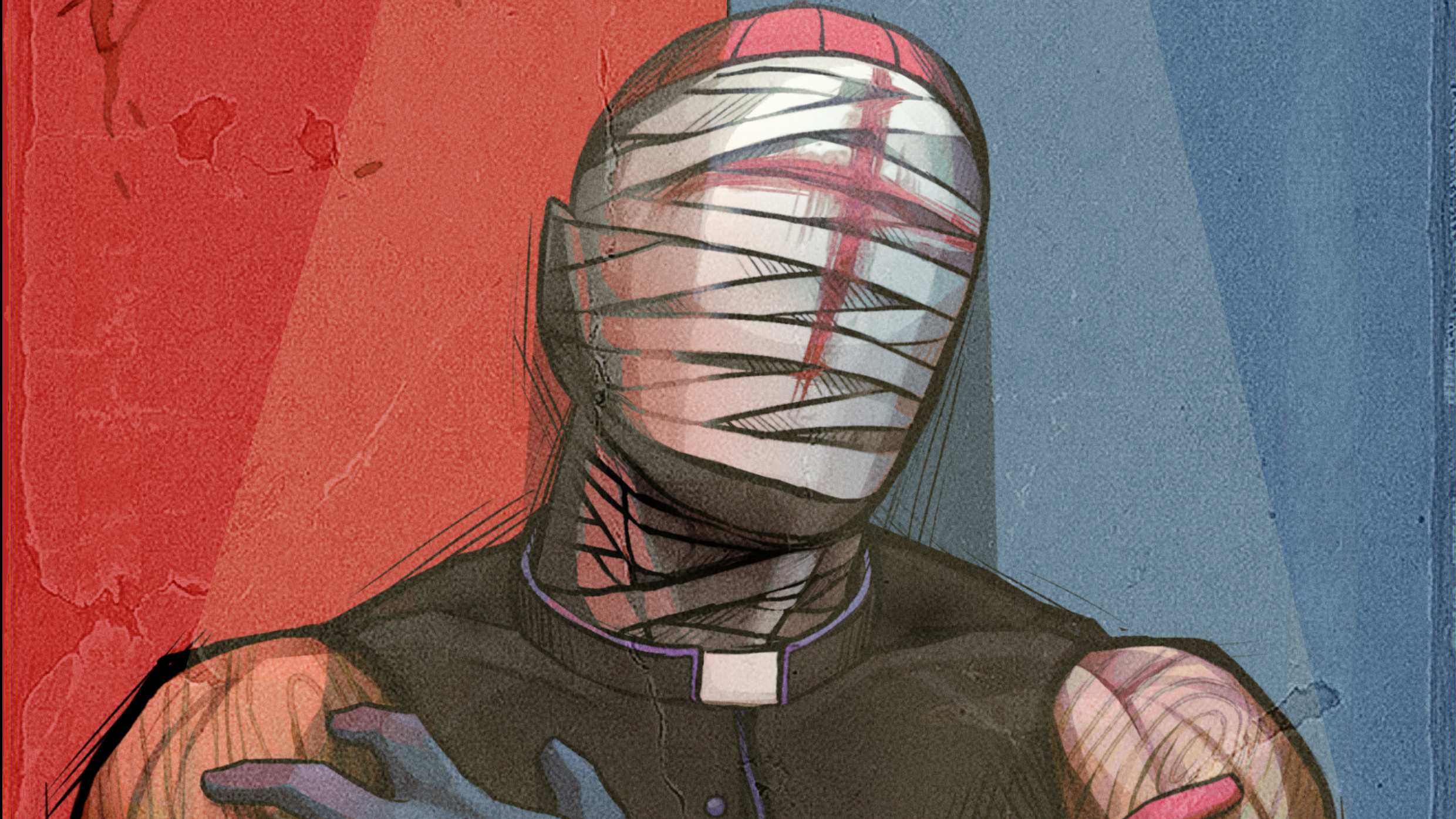 You’re rolling the dice whenever you pick up a game with “Simulator” in the title. Is this going to be an attempt at accurately translating something into a video game, or is it going to abandon all reason and present some sort of unhinged parody? Priest Simulator is definitely in the latter category, but rather than just having some wacky controls that make the whole performance absurd, it goes a few steps further, into a storm drain, and gets washed out to sea.

You technically get up to some priest business in Priest Simulator. One could also argue that you even play as a priest. Maybe my knowledge of priestly happenings is skewed in some way, but if you asked me what a priest does, my answer would be: not this. 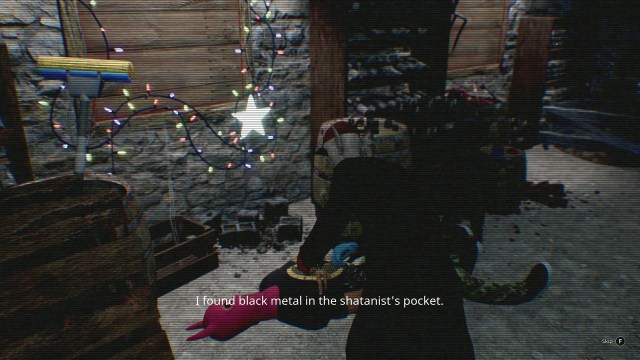 You play the game as a wooden vampire demon named Orlok, who is hell-bent on internet fame. During an attempt at collecting footage, he and his girlfriend are shot from the depths of Hell into Poland, where a Muppet-like parson immediately performs an exorcism on him to try and please his own parishioners. Orlok, too humiliated to return to Hell without his vampire powers, decides to do absolutely anything anyone says in the hopes that he’ll eventually have his power restored. He begins posing as a priest, as that seems to get him the respect he so thirstily desires.

Priest Simulator may sound absolutely ridiculous, and that’s because it is. However, while the narrative seems almost like a stream-of-consciousness trainwreck, it manages to be surprisingly insightful. You may expect it to be a heavy satire of organized religion, and it very much is, but it goes beyond that. Despite the wooden appearance of most of the game’s characters, its sense of humor leans into the “are we not all wretched?” sort of observation.

The antagonists, the Shatonists, are a bunch of jerks who are up to no good, but the parish are hardly paragons themselves. Really, the opposing groups seem to be two sides of the same coin. They seem to be competing more for popularity than any sort of morality. If anything, the Shatonists are more overtly aggressive, while the Christians are underhanded.

Meanwhile, Orlok is only helping the Christians because they give him more adulation, and the Shatonists are lead by his girlfriend’s ex, Diabolina. It’s even pointed out to Orlok that people are taking advantage of his naivety, which he’s unable to see due to his own hubris. That’s not to say that every character demonstrates these human flaws, but I’m not sure that’s really the focus.

You also should not take from this that the narrative is confidently done. Priest Simulator is in early access, and while it’s a more rounded experience than I anticipated going in, one of the rough spots is in its storytelling. The dialogue is often extremely choppy, and some of it even seems missing. At times, it feels like a joke is only half developed because the game is in such a rush to get through. In short, the cutscenes feel like they need to be touched up, and hopefully, they will be.

Speaking of cutscenes, you can enjoy them subbed or dubbed. You can have Polish voices with English subtitles or there is full English audio (mostly, there’s some spottiness with the translation in Early Access.) Either way is kind of hilarious and seems to be done by the same voice actors. The actor who does Orlok is particularly consistent with both languages, though it does sound like they’re going to ruin their voice. It sounds like they have an entire cat stuck in their throat. 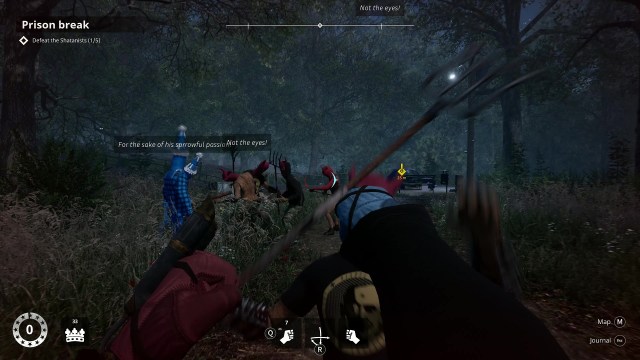 Are you there, God? It’s me, Orlok

On the other hand, a lot of the systems in the game are in a surprisingly developed state. Priest Simulator is something of an open-world game, presenting a small playground to explore. You level up your character by spreading Christianism across the town. Play for long enough, and you’ll go to various houses to perform exorcisms, take confessions, and possibly give sermons. You can also upgrade both the church itself and your own weapons.

There’s actually a decent amount of content in the Early Access. The game can be completed from beginning to end, but much of it still seems to be in a placeholder state. Almost everything intended is there in some way or another, but the further you go into the experience, the more things feel sketched out. Some mechanics aren’t well explained, others just don’t fit together quite right.

If anything, I feel like some of the activities need to be fleshed out more. It’s a bit too easy to grind your way to a better church, and the character-building system doesn’t seem to be anywhere near its final state. Some of it feels like the fluff you’d find in many open-world games, which doesn’t jive all that well well with the bizarre premise. Much of this could just be stand-ins for where more creative gameplay will eventually be placed, but more meat will be needed for all the skeletons lying around. 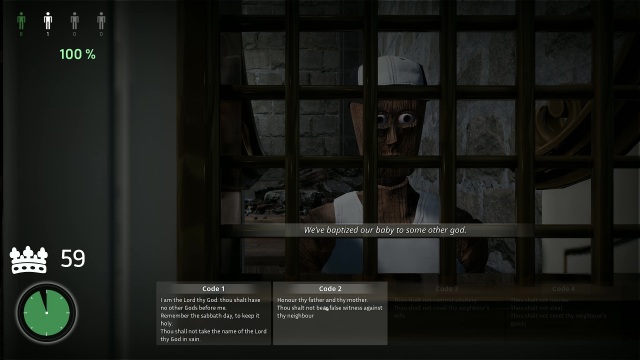 No one’s running this whole thing

I eventually decided to put Priest Simulator aside, as I felt like I got the gist of what the developer is going for, but felt that it would be better experienced when it got closer to their vision. There’s a lot here, and I’d rather see the final portrait than just the sketch. The most important takeaway, however, is that I’m definitely interested in circling back to it after its full release. What’s present already is bordering on brilliant, and if it gets the touchup it needs in some areas, it’ll be fantastic.

According to the developer, they plan on having Priest Simulator in an Early Access state for about four to eight months, which seems like a reasonable amount of time to buff it to perfection. Whether you decide to look into it now or wait for its full release, the unique vision and sharp humor are good reasons to keep it on your radar.