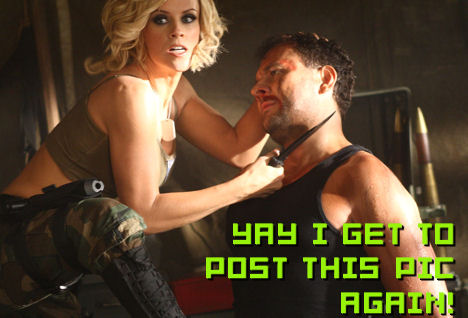 Electronic Arts has come under fire for its use to SecuROM, a form of DRM dubbed “draconian” by those who tore Spore to shreds in Amazon reviews. While many consumers want SecuROM to scuttle its overbearing ass out of their videogames, EA is refusing to dispose of the system, and it will be in upcoming RTS Red Alert 3.

Executive Producer Chris Corry has reached out to the EA community to address some concerns about Red Alert 3‘s DRM. Claiming that RA3 would be more “lenient” with its copy protection, Corry offered such compromises as one-time-only online activation and the ability to install the game on up to five computers. He also sent out this plea to the fans:

Red Alert 3 is shaping up to be a world-class RTS game that will give you many hours of enjoyment. I think it would be a shame if people decided to not play a great game simply because it came with DRM, but I understand that this is a very personal decision for many of you and I respect that. As you might imagine, I’m a lot less respectful of those people who take the position that they will illegally download a game simply because it has DRM.

What do you make of this? Is Red Alert‘s compromise enough to make SecuROM sound more appealing? It doesn’t look like something that will appease those who savaged Spore. Ultimately, SecuROM has become a dirty word and its name is associated with oppressive copy protection that harms only the legitimate customer and does nothing to the pirate. I don’t thinK EA will be able to wipe that image away any time soon.

Filed under... #Command and Conquer#DRM#Electronic Arts