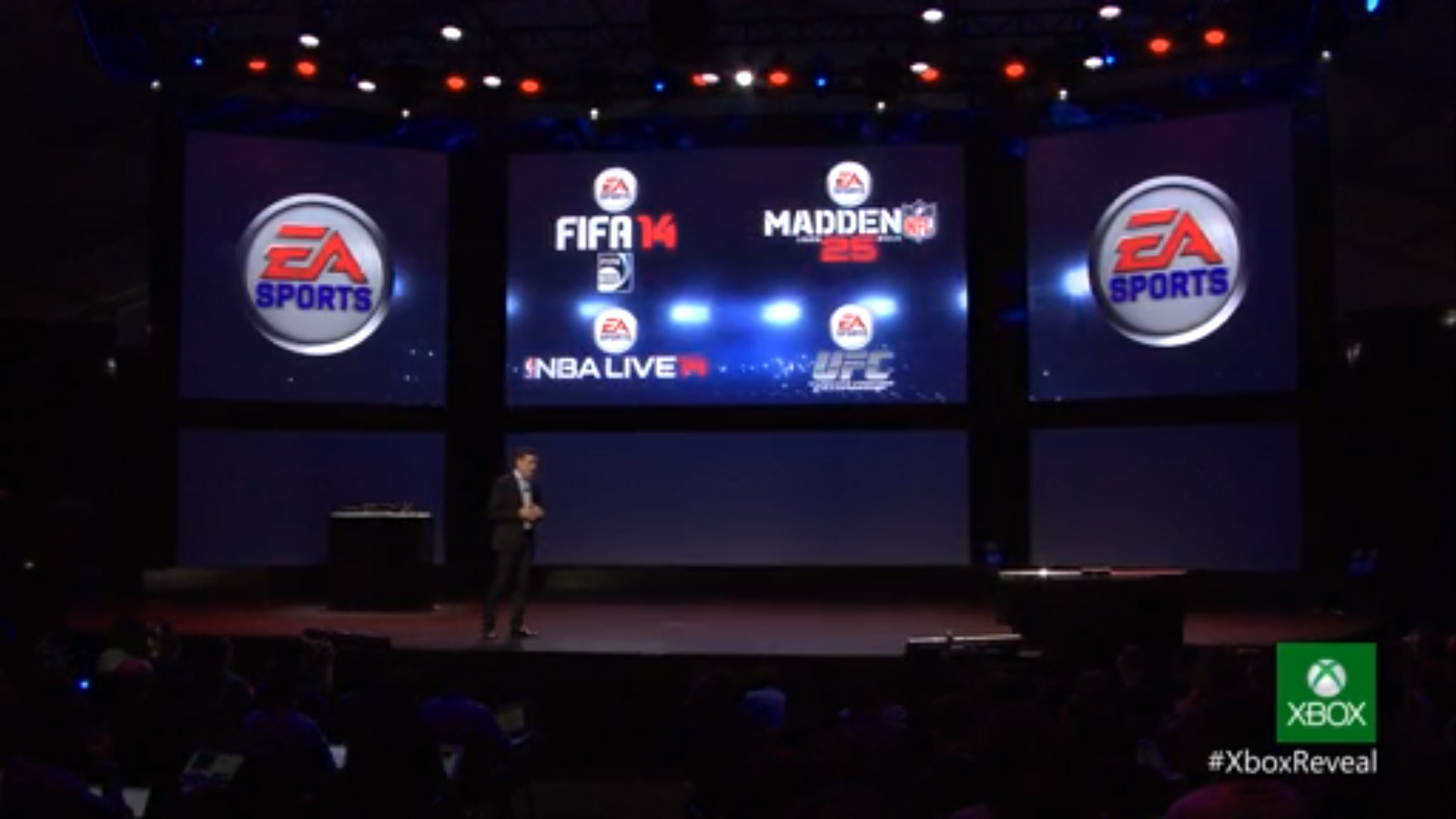 Andrew Wilson got on stage to announce a partnership with Xbox One at the Xbox Reveal event today. First, he announced the lineup that will be coming to the system: Fifa 14, Madden 25, NBA Live 14, and UFC Championship. Fifa 14: Ultimate Team will be an Xbox One exclusive. No word yet on if these titles will be available at launch.

Powering these games will be the brand-new EA Sports Ignite engine that touts four times the calculations per second, ten-times animation and detail compared to current gen. EA then proceeded to play a montage of sports stars that talked about the need of human-like intelligence, and how this engine brings exactly that. No gameplay was shown, other than a CG trailer that showcased each of the titles.