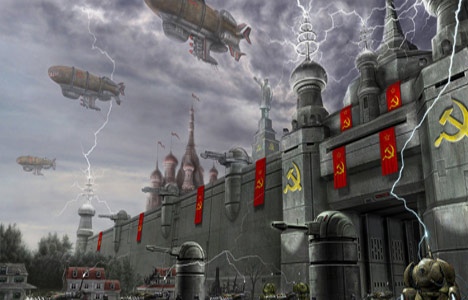 Just when we though it was safe to assume that EA had finally domesticated the Sony beast and ironed out any remaining issues they had with programming for the PS3, comes the unfortunate news that Red Alert 3 (for the PS3) has been shelved — while all resources are diverted to the Xbox 360 and PC versions of the game.

This news isn’t much of a shock considering the recent walkthrough trailer for the game doesn’t list it as a PS3 game anyway, but it is sort of odd for EA to deny the delay to CVG in the morning, only to have a spokesperson spill their guts about it a few hours later.

Nonetheless, it would have been nice for one of those EA RTS games to finally settle in on a Sony console sooner, rather than later. Sorry, my friends, but your hopes of finally making use of that keyboard and mouse setup — which you’ve been chomping at the bit to use — have permanently temporarily fallen by the wayside. Then again, was anybody even planning on buying this game for anything but the PC in the first place?

Filed under... #Command and Conquer#Electronic Arts