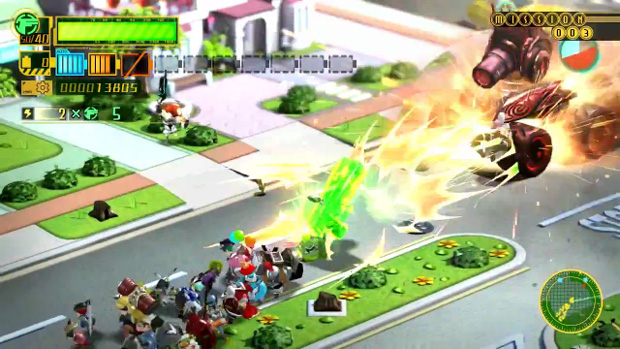 I don’t get it, Nintendo. You claim you were dedicating an entire morning to Wii U games, yet you showed pretty much the same third-party sizzle reel as last year. The only new third-party game announced was Scibblenauts Remix which, while awesome, is only one thing. C’mon, Nintendo! Why hold back!?

Platinum Games has a game, tentatively called Project P-100, that we only learned about by checking the Nintendo All-Access page. A Pikmin-like superhero game in which you collect a mass of citizens and transform them into giant fists and guns and anvils in order to fight giant robots? Why wasn’t this shown!? Dammit, why the f*ck wasn’t this shown during the presser, Nintendo!?