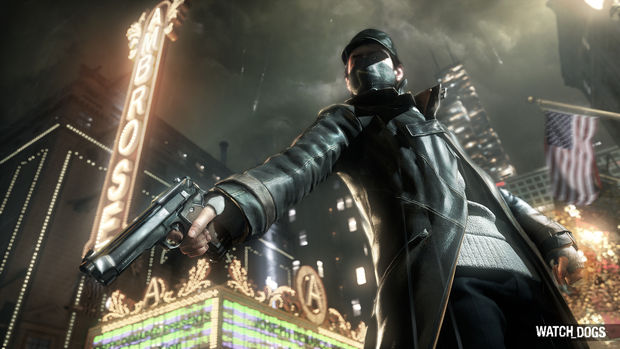 Watch Dogs has been the hot buzz around E3 this week thanks to that amazing presentation during the Ubisoft press conference. The game looks so good that people just assumed it was going to be a next-gen title. Well as it turns out, it’s coming out for the Xbox 360, PlayStation 3, and PC. And as I just found out during my meeting with Ubisoft, Watch Dogs is also hitting mobile devices.

A couple of developers from Ubisoft Montreal whipped out an iPad version of Watch Dogs, and it kind of acts more like a companion app to the game. You’re presented with an isometric view of Chicago, and your actions in the game are completely reflected in the mobile version in “real time.” So for example, after you’ve hacked someone in the main game, you will now be able to see where they are at all times on the map, with easy access to their private info. You can use the app version to scout locations, too, giving you better info about a place that could aid you in the main game.

The really fun aspect here is that you can also stalk your real-life friends through the app. You can see what they’re doing in the game, and will have access to their mission logs to see how they took on a particular mission. Stuck on a sequence? See what your friend did to solve the same thing.

On the flip side, you can totally screw with your buddies, too. One example we were shown had the iPad user changing the traffic signals just as the driver was about to pass the intersection. Don’t worry, though, real life isn’t quite like the world of Watch Dogs just yet: people first have to allow permission for others to affect their game.

I love it when games allow you to screw with your friends like this, and wish it was more common in games. I’m definitely looking forward to more on Watch Dogs.