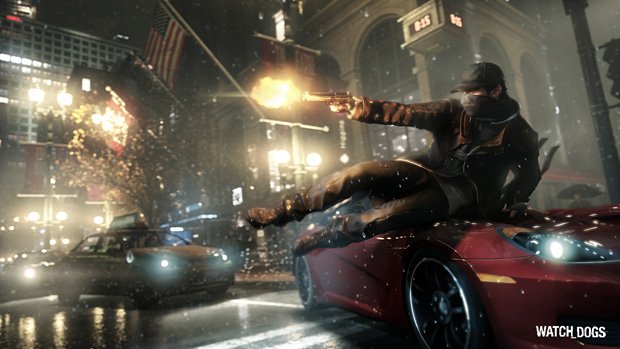 Ubisoft stole the show at E3 Day Zero with a surprise unveiling of Watch Dogs, an open-world experience that truly looked like a next-generation title. Based on the stunning lighting effects and lifelike animations, most of the journalists and fans we’d seen talking about the game assumed it was, indeed, a PlayStation 4 and Xbox 720 title. Yet the person playing the on-stage demo at Ubisoft’s press briefing appeared to be using an Xbox 360 controller, leading people to guess that the game was running on a PC.

In an interview with Geoff Keighley on Spike TV’s E3 live stream earlier today, Ubisoft CEO Yves Guillemot confirmed that the press conference demo of Watch Dogs was being played on a high-end PC, and announced the game would be releasing on PC, Xbox 360, and PlayStation 3. When Keighley asked if it would also be launching on next-generation consoles, Guillemot remained cagey, only saying, “We’ll see.”

We can’t wait to see more of Watch Dogs, which currently has no release window.