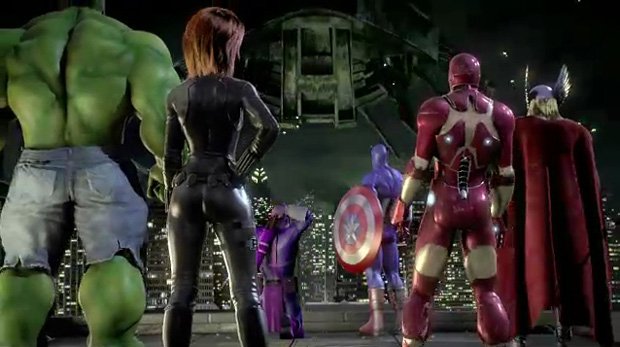 The Avengers came out in theaters earlier this month, and if you haven’t heard, it’s pretty great. Ubisoft is still working on the movie tie-in game, though, which they premiered at their press conference today. Titled Marvel Avengers: Battle for Earth, the trailer showed no gameplay footage, but it did confirm that we’d be seeing more than just the characters used in the film.

Though licensing prevents Spider-Man and the X-Men from showing up in the Marvel Cinematic Universe, the trailer shows Wolverine, Spider-Man, Magneto, and Venom all fighting each other. We won’t know for sure until we see some actual in-game footage, but at least this trailer looks nice!

Marvel Avengers: Battle for Earth is releasing for Xbox 360 and Wii U.