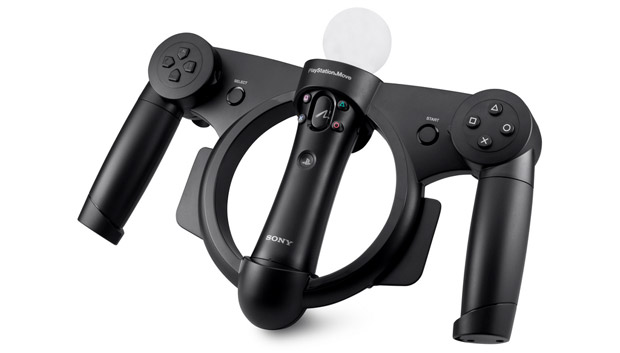 Holy hell! Look at this thing! Sony has announced a new peripheral for fans of racing games who aren’t content with their current methods of input. The PlayStation Move Racing Wheel, as it’s been so eloquently named, will be releasing this fall for $39.99.

Snark aside, this peripheral could be pretty good for what it is, especially when compared to Microsoft’s similar offering for Xbox 360. And, hey, it’s actually got vibration feedback. The current list of supported games includes Gran Turismo 5, Need for Speed: Hot Pursuit, Burnout Paradise, MotorStorm Apocalypse, and LittleBigPlanet Karting.