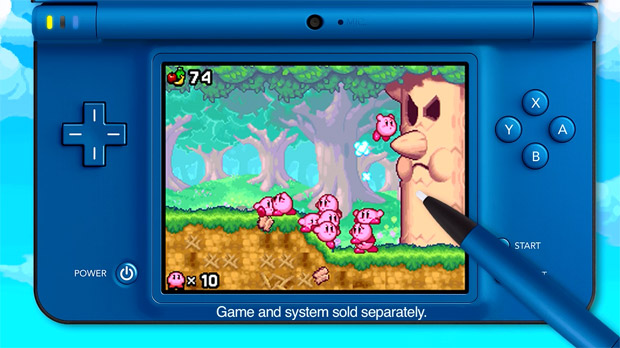 Between Professor Layton and the Last Specter and now Kirby: Mass Attack — releasing on September 19 of this year — the DS is still hanging in there.

In the latest sidescrolling Kirby adventure, HAL Laboratory explores the notion of our beloved pink hero being split into ten separate puffballs. Adorable hijinks ensue. I wasn’t entirely sold on the concept until all of those little guys were crammed in a massive snowball. And then the shmup part came on. Wow!

I’d wager we’ll hear more about the game from a certain spritely blonde gentleman later on this week.