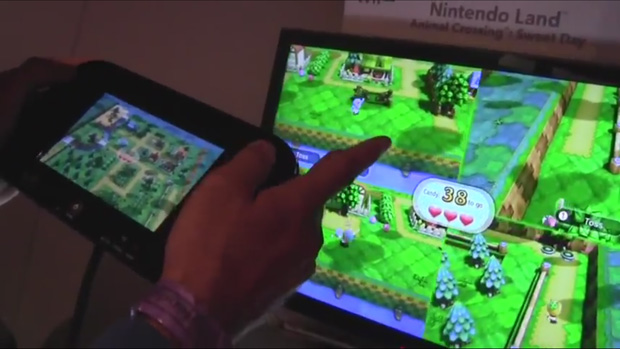 Jonathan Holmes’ enthusiasm is infectious, as you can see in this video of his hands-on time with “Animal Crossing: Sweet Day,” one of the 12 minigames in Nintendo Land. It’s a rather strange little five-player game: the GamePad-holding player controls two characters, one with each analog stick, and tries to catch the four other Animal Crossing characters running around the area. And by “catch,” I mean, “tackle and then stab with a large knife.” This is a Nintendo product, right?

Holmes admitted it was “a bit disorienting,” but maybe he was just distracted by all the beautiful women who showed up to let him chase them. In the game.