It took me a good 15 minutes of playing Smart As… until the pun in the game’s title hit me. Clearly, I shouldn’t be playing a brain training puzzle game but I’d be lying if I said I didn’t enjoy it.

Smart As… is the game Brain Age should have evolved into, except it’s way prettier because it’s on the Vita.

Like Brain Age, developer Climax Group’s Vita experiment is centered around a variety of mini-games that challenge you in different ways. The 20 games are divided into arithmetic, logic, language and observation  categories. 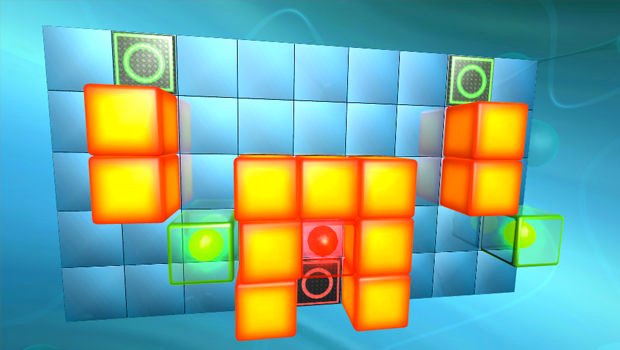 Turbo Tap tasks players with quickly hitting signs, either on the front or back of the Vita. Reading the signs, processing the words, and tapping the screen will make you feel frustrated at your brain’s inability to perform. If you do well on that one, you may find trouble with Word Wheel, a twist on anagrams using the touch screen, or Less Equals More which presents a series of numerical pairs and the player must decide if a number is greater or equal. A lot of this stuff doesn’t sound fun on paper, but you’ll be surprised by how addictive the game can be when it’s in your hands.

Smart As… is isn’t just a glorified, beautified Brain Age. One major improvement is the way the game presents its content. You’ll slowly unlock new games and will be able to challenge yourself on higher difficulty levels. The key feature, however, is the ability to compare your brain juice with your friends, city, and even other countries. As an experiment, the developer divided players at a previous press event by job title. It turns out that marketing folks faired the best, while press were on the bottom of the Brain Power leaderboards. Even worse, the press did the worst at language games. There’s the proof you trolls have always been looking for: Game journalists don’t know how to spell or read. 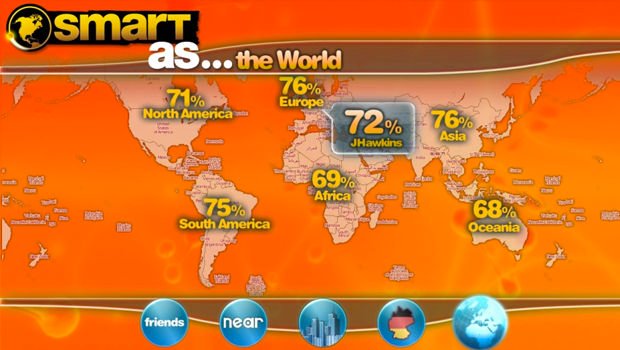 Even if Smart As… were only a compilation of puzzle games, I’d be excited for it. The ability to bring in your Facebook and Twitter friends, keep track of your daily progress, compare yourself to players in other countries, and the game’s colorful, stylized presentation make this a killer Vita app. As much as I wish I could have this on my iPhone I’m kind of happy it’s not, because now I have another good excuse to blow all my money on Sony’s handheld.

You can look forward to playing this vibrant, original brain-training game this Fall.