So how do you top Forza Motorsport 3? You make Gran Turismo 5.

No, but seriously, it’s obvious that Polyphony Digital’s push was felt over at Turn 10. I’m glad to see that Turn 10 pushed back. Hard. Competition sucks for those competing, but it’s win-win for us gamers on the sideline. The Forza Motorsport team has always had a fire on their asses to make a great racing game, but it’s clear to me that GT5 got the flames on that fire up really high.

That motivation is apparent when you look at Forza 4, so I definitely want to talk about how pretty Forza 4 is. Let’s put aside the standard superlative stream. It won’t help here. You have to see this for yourself. The Forza team figured out something that gives Forza 4 the visual edge over anything else out there. Well, it seems like they’ve figured out a lot of things.

One of the key visual advantages Forza 4 has comes from what they call image-based lighting. Every surface in or on these cars takes in light so naturally that it’s almost unbelievable. In a meeting at E3 yesterday Turn 10’s Dan Greenawalt says that the visual technology used in this game is usually reserved for stuff like CG or commercials. And it looks like it. Gamers on the floor that don’t give a flying fuck about racing games were commenting on how gorgeous the real-time visuals of Forza 4 are in passing. Again, you’re not going to believe it until you see it for yourself. 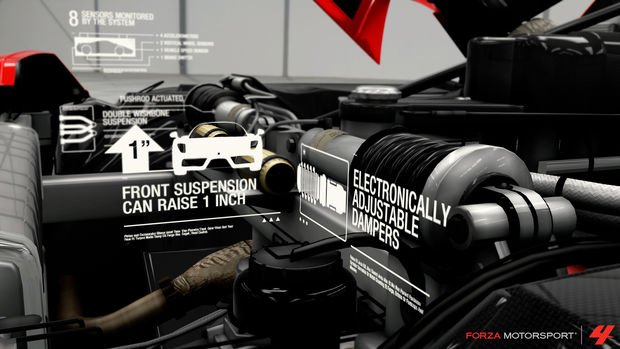 I saw how Autovista worked with both the control pad and Kinect. You can use the latter to do a kind of virtual walk-up. Leaning in gets you a closer look. You can swing your hand and virtually pull the door handle to get a look inside. You can even turn the key and start it up. 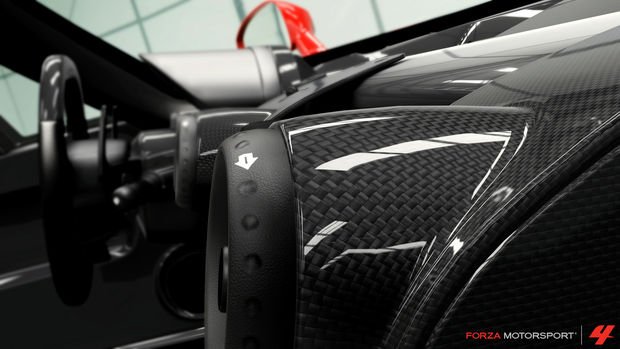 It’s not just looking. You can learn a lot by listening in Autovista mode. I got to hear Top Gear’s Jeremy Clarkson speak on a cars’ specs and history in a demo of one of Autovista many interest points. Greenawalt seemed to imply that this feature is for showcase cars, and that makes sense as I’m sure this high level of detail eats up quite a bit of storage space.

The level of non-driving car interactivity in Forza 4‘s Autovista mode is unmatched. It’s obvious that it was dreamed up by starry-eyed car lovers. I really love that someone gave the green light to this crazy specialized idea, and I love that Turn 10 had no issues pumping in the necessary resources to create a mode where you ‘re not even playing. This mode, more than any other in the game, is proof that car crazy guys are making their dream game for other car crazy people. Forza 4 is going to be so good.