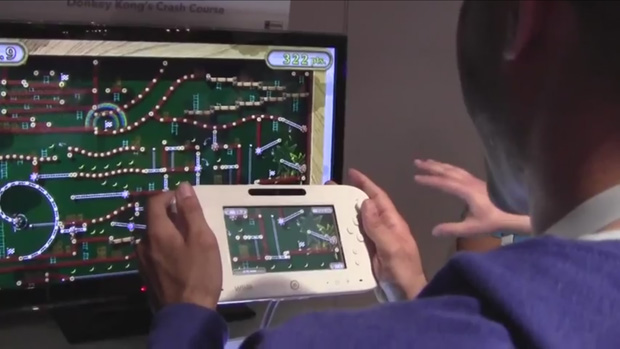 Nintendo Land appears to be positioned as the Wii U’s version of Wii Sports, a collection of minigames designed to familiarize players with the new system’s features and functionality. Our own Jonathan Holmes checked out the “Donkey Kong’s Crash Course” game, a challenging physics-based puzzle-platformer in which you use the Wii U GamePad’s tilt sensor to navigate a mine cart through an obstacle course.

Holmes enjoyed the demo, since it caused him to have to “defy [his] own instincts.” If only everyone in the world were as open to new experiences!

Nintendo Land will launch with the Wii U, but Nintendo hasn’t decided whether the game will be a pack-in.